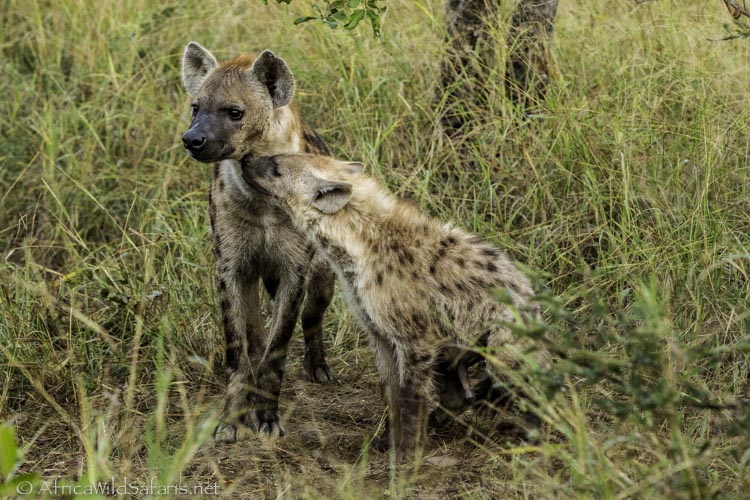 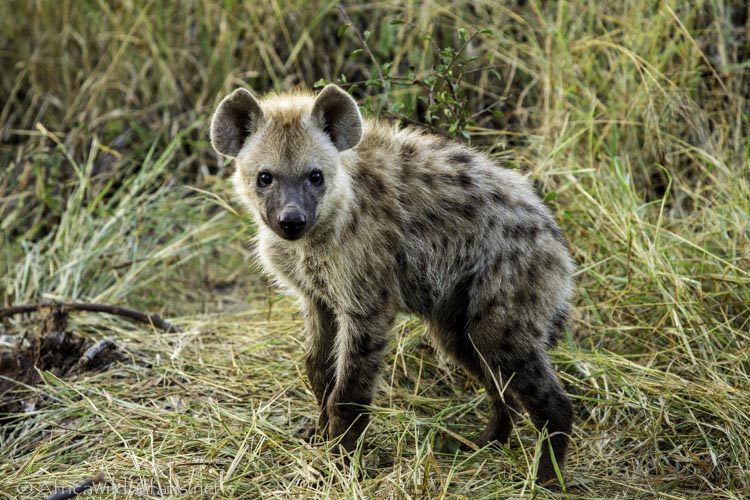 The oldest checks us out with curiosity 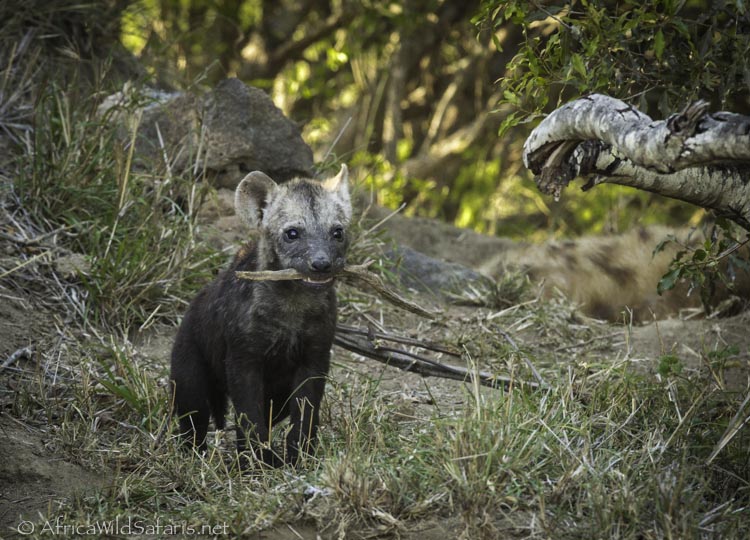 The pups play with a stick

While on our morning game drive, our guide had the suggestion , since we were near by, to swing past a den area known to be used from time to time by hyena. Sometimes we forget about the hyena as an interesting and fierce predator. It often acts as a scavenger, but it can hunt and kill on its own and it has a fascinating pack social structure . We approached the den and could see immediately that it was active. There was one pup exploring around the den. We watched it wander around looking like it wanted to play with a stick. Then we noticed a small head peaking out of the den: a second pup probably curious at the new noises. We watched them play together for a while.

Curiosity draws the youngest pup out of the den

I don’t usually think of hyenas as cute, but these two had all the appeal of any young and fuzzy animal. It seemed strange for them to be all alone and running amok, but we soon learned that the “babysitter” was near by and ready to intervene if the pups got too out of control. The dominant female who is the only hyena allowed to breed, will appoint a juvenile subadult to watch over the den while the mother hunts , This guardian did her duty that morning and made sure the pups did not stray into trouble.

The Oldest pup greets the babysitter 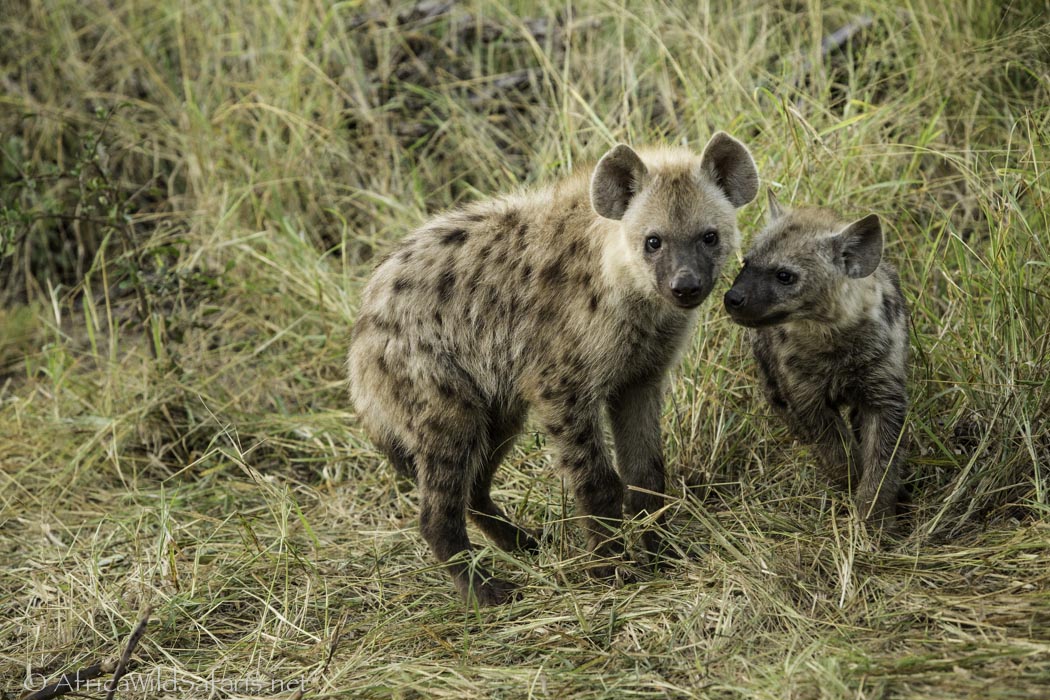