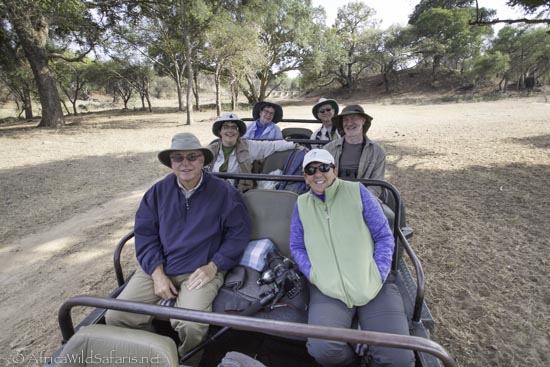 I received the best news and highest compliment from our guest Linda this morning.  She told me that everything has exceeded her expectations: the tree houses, the food, and the wildlife – and it is only their third day! 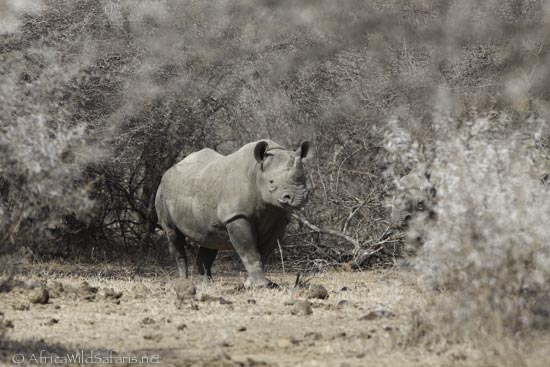 We started off their adventure at our lodge with game drives on a very scenic reserve.  Right away we show ostrich and white rhino.  Among the small herd of rhino was a baby rhino with his mother.  As many are aware, rhino are under great threat from the rhino horn poaching industry and these rhino have been dehorned as a deterrent.  This reserve has foiled a few poaching attempts in the past. 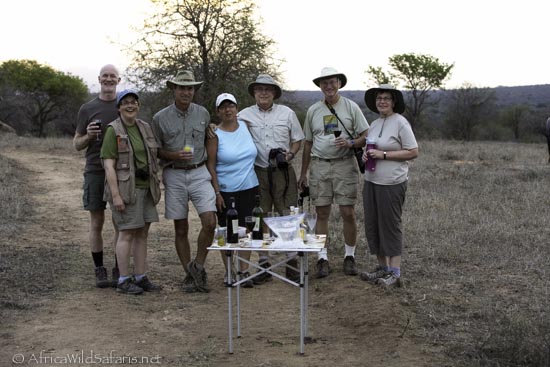 Home to not just the white rhino, we came upon the resident black rhino. These guys are a bit more aggressive and gave us some seriously challenging stares. 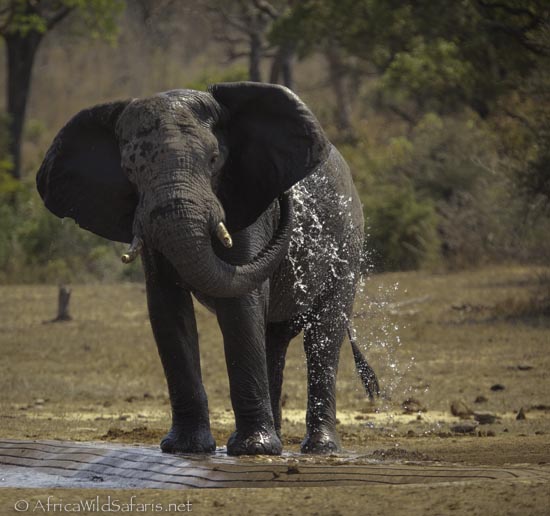 We returned to the lodge for a big breakfast and had the mid day to relax, nap, and enjoy the pool and scenery.  After an afternoon tea we returned to the same reserve again for more rhinos (cant get enough of that baby rhino!).  This time we found an ostrich with chicks in tow and many of the antelope species endemic to our area.  We had a beautiful example of a male kudu  and nyala.   We enjoyed wine as we watched the sun go down then returned in the dark spotting with the torchlight.  We encountered some of the small nightime critters such as the civet and a white tailed mongoose.  Another wonderful dinner under the stars and we were ready to turn in. 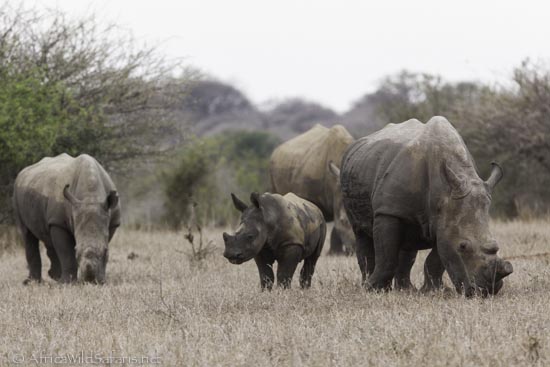 Today we are half way through a day in Kruger.  October gets pretty hot so we will continue to watch the action at the watering holes where we have already seen giraffe and elephant.  You never know what will show up!