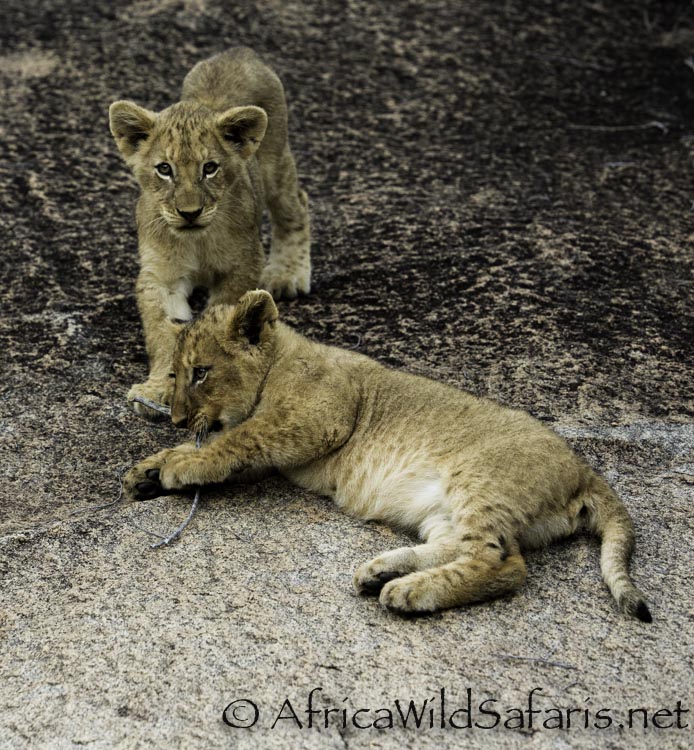 These lion cubs were resting with their mother and aunt on some rocks along the bank of a dry river bed. Though the guests and I were a bit fearful of getting stuck in the sand, our expert driver navigated our vehicle up the riverbed and through some areas of drifted sand to get a good view.  It was a delightful family scene which we watched and photographed. Soon the cubs became restless and bounded down the rock to play. As one headed straight for our vehicle, I was swept over with fear that he would jump into the vehicle and the mother would soon follow. By some strange natural lion instinct, the cub was more intrigued by a nearby stick – his intended target – than our truck full of strange beasts.  Respect for our status as alien observer was newfound in all of us that morning, especially when the cub looked us straight in the eye, then went back to his stick. 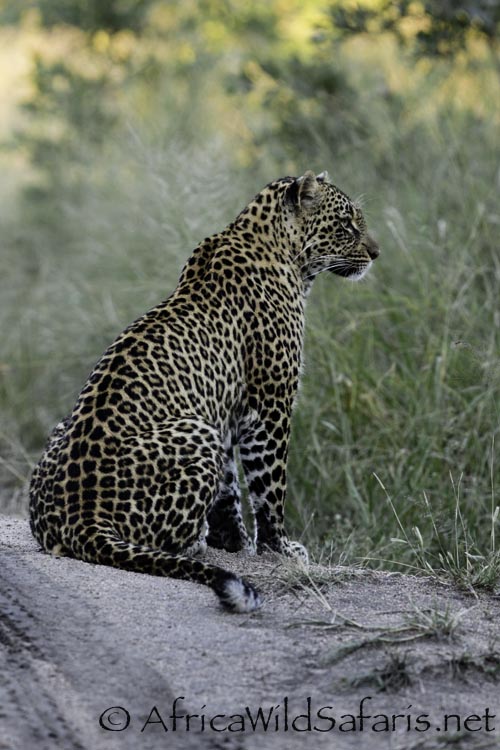 On the Sabi Sands Reserve, our trackers found this female leopard still napping on a cool spot of sand. Her napping was not as it seemed because she was intently listening to a herd of impala up the hill.  While she laid silently, she was beginning to plot her strategy. She knows the layout of this territory and when she heard the impalas moving, she sprang awake and quickly yawned away her sleep and prepared to set up her ambush. What a privilege we had to follow her on her evening hunt. She came up the hill  with our bulky vehicle following, but she paid no mind to us. She paused to  figure out where all the herds were located and what direction they were moving. You could almost see the strategizing on her face. As she cautiously pushes into the grass, we leave her to wait until twilight to spring the trap. 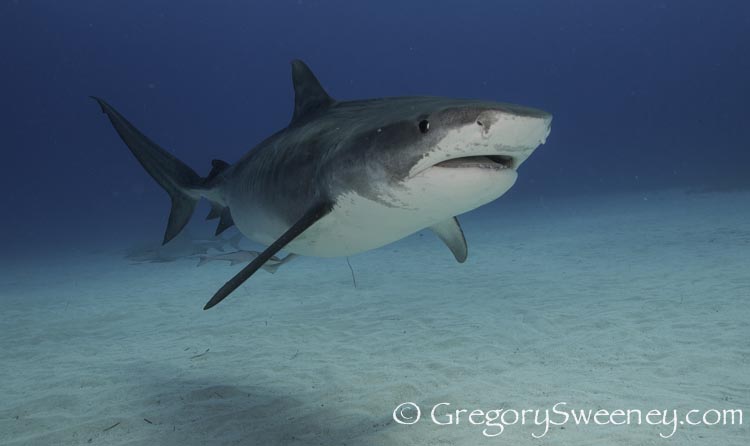 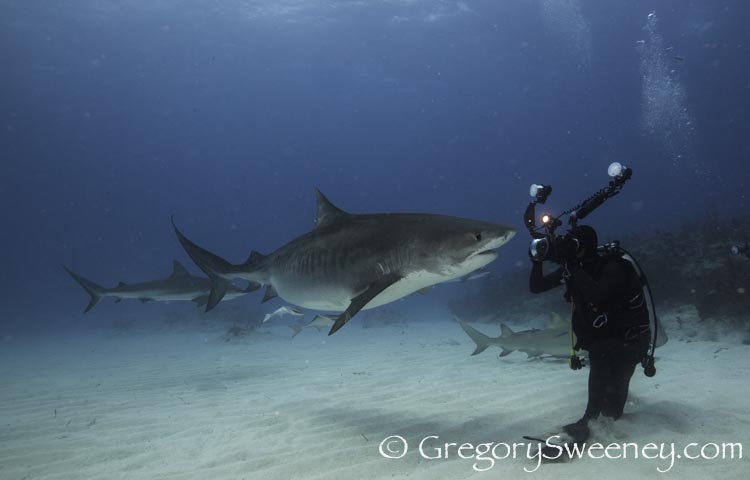 Again this year I hosted the cageless Tiger Beach shark cruise in the Bahamas. We always have a great group of people so together with the terrific crew, the topside is always fun and convivial. Underwater, the shark action is great, but doesnt really hit a level until the Tiger Sharks show up around the 2nd day.  When they do it is thrilling and since the guests are acclimated to sharks already, they can be brave enough to get some really close shots.   I love getting portraits of each of them with a shark.  I have many people who do on this trip each year and it always is a sellout  because it is unique, thrilling, and fun. 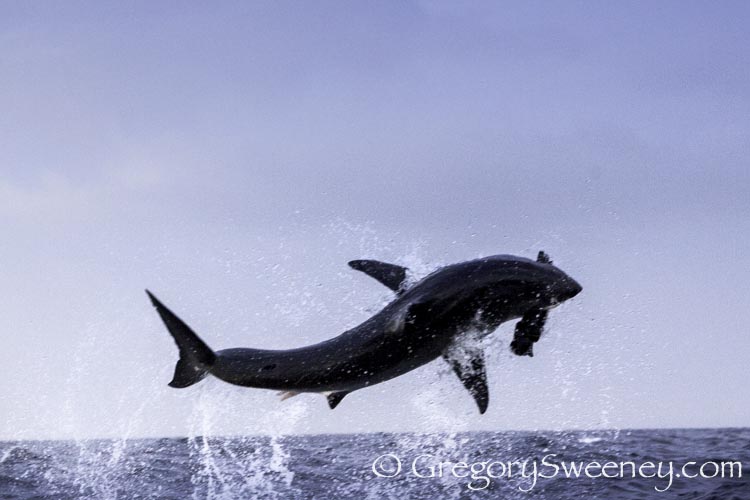 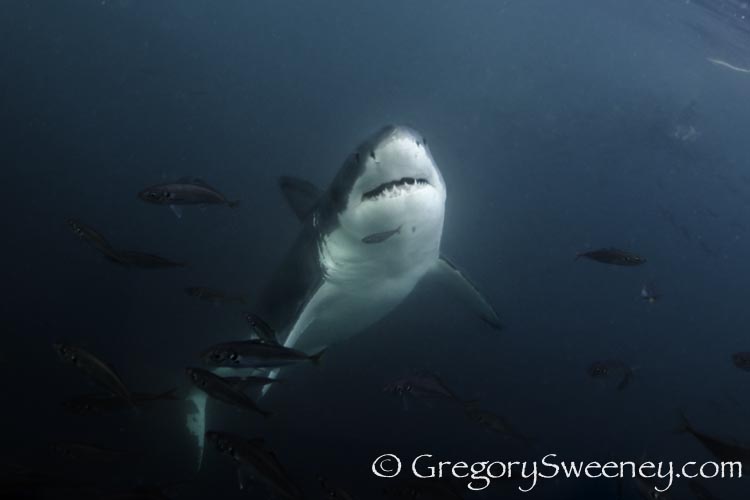 These South African great white sharks of Seal Island near Simon’s Town are famous for a reason: this is one of only a few places in the world where they adapt their behavior to do an attack from below which often propels them out of the water. They do this no where else in their yearly travels.  One of my briefest, but most memorable moment of the year was the great whites launching up to take a seal. It is a challenge to photograph, but I did get a few. After watching the crazy (and sometimes bloody) action, they ask “who wants to go in the cage?!!” You are so pumped up you say yes and stay in there despite the rolling swells and cold water. Face to face with the worlds apex predator is an apex experience and I have some images to remind if I should ever forget. Cant wait to go back again with my safari guests in June 2014. 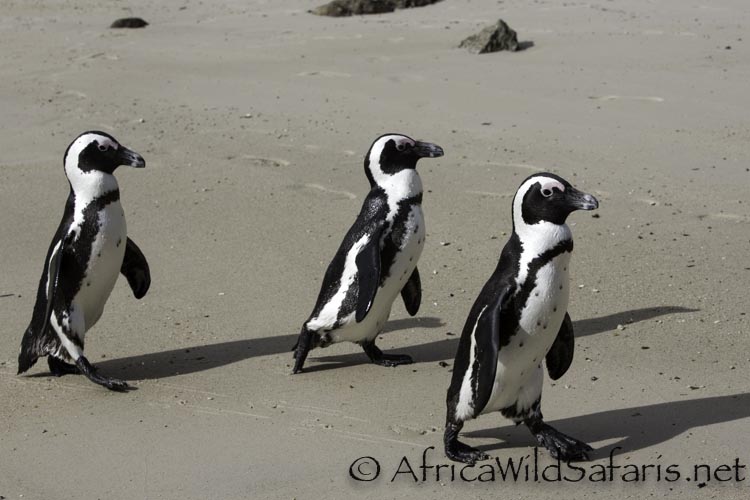 Also in Simon’s Town South Africa,  the South African Penguin (formerly jackass penguin) has a rare land based colony at Boulder’s Beach walking distance from town. It is a beautiful beach and they have some really great blinds and boardwalks to photograph from.  I wanted to see the beach so I went there before going on the boardwalk.  I was having fun finding my way through the maze of boulders when suddenly I found myself astride with these 3 penguins. I followed their path through the boulders (well, some passages were too small so I had to go around) and followed them to where they cut up the hill through the vegetation to their nests.  At night the penguins walk around the seaside restaurants (they food was also a highlight!) and you have to check under your car for resting penguins.  One penguin came up steps into the our restaurant – the staff was unfazed as he does this most nights. 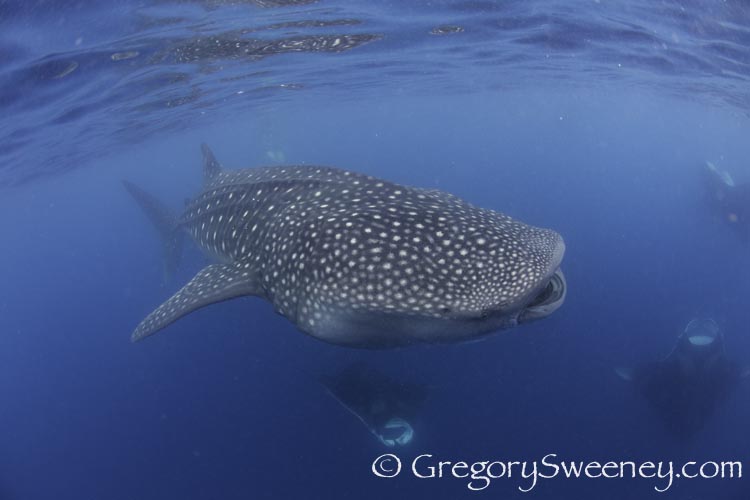 Last but not least in my memory is my second trip to Mexico’s Cancun coast in July for the whale sharks.  I planned the trip to be at the peak of krill activity during full moon. The whale sharks were abundant as we expected and the weather was sunny, warm, and flat calm. What we didn’t expect was for hundreds of giant manta rays to steal the show.  They were immense in size and swam either at the surface or in graceful loops.  I had 2 weeks of wonderful guests and I was so happy to be able to place them each day with both mantas and whale sharks. Though always a moving experience swimming with giants, this year in Isla Mujeres was a special memory. 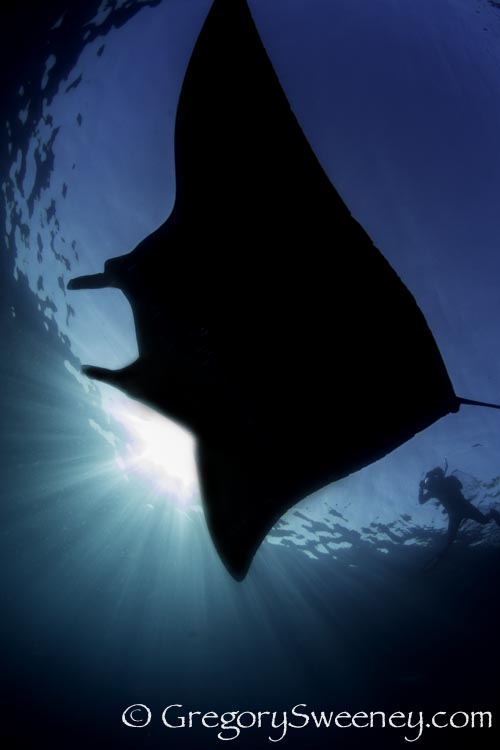