The lions, cheetahs and leopards – the big cats – get a great deal of attention during safaris.  Quietly hunting and living in the bush are smaller species of cats. These less celebrated cats are very interesting to see and watch and have loads of charisma.

On my photo safaris in South Africa I have been thrilled to see three small cat species with some frequency.

Caracals are widely distributed throughout South Africa. They are distinguished by  the long block tufts on the tip of their ears.  Their tail is relatively short and they are a uniform tawny color.  They live mainly on prey smaller than 5 kg including springhares, mice, and birds.  They leap into the air to catch birds in mid flight.

Caracals are great fun to watch as they hunt and attack.  They are daytime hunters which increases our chances to find them active. They seem unfazed by our presence in the safari vehicle. 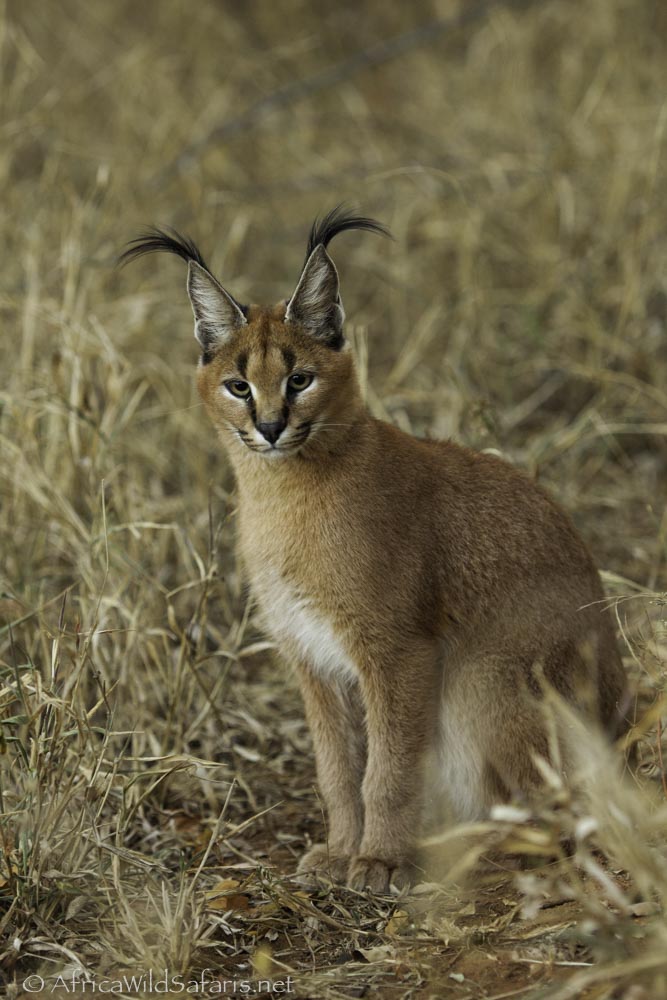 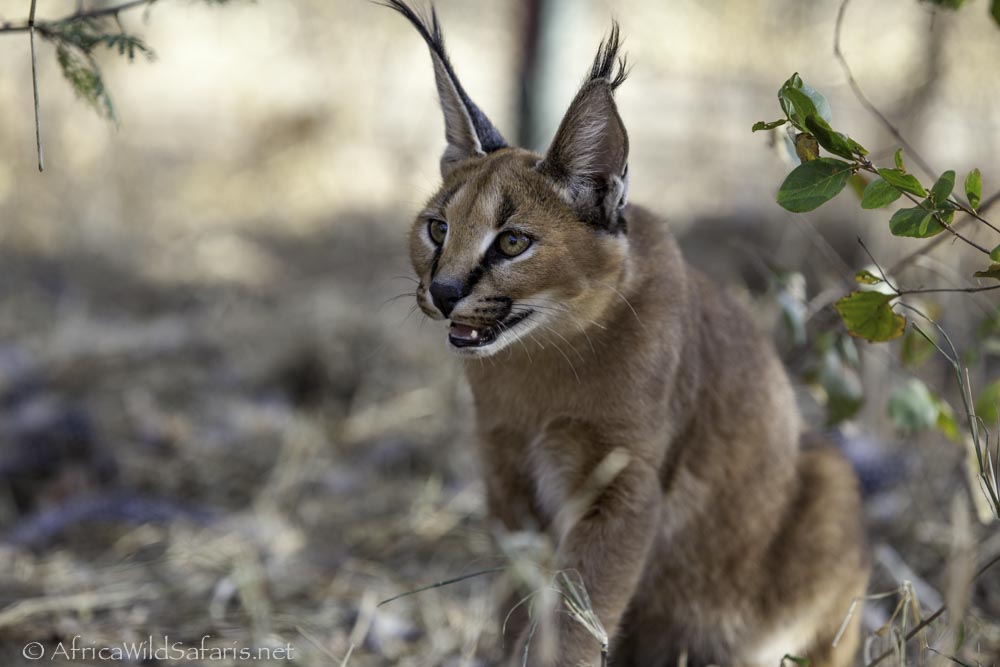 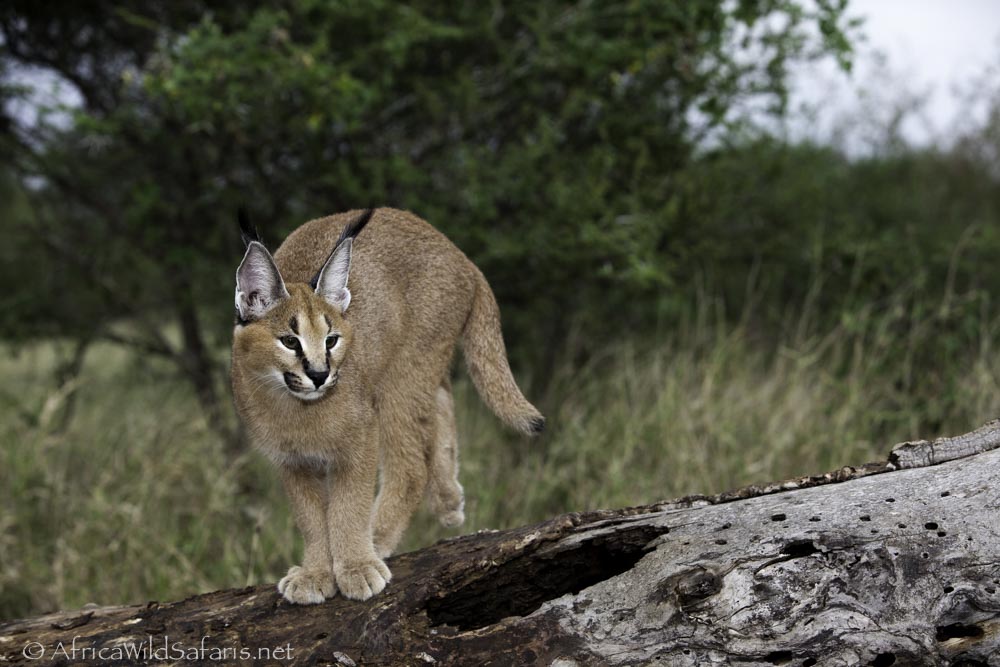 As you can tell immediately from looking at an African Wild Cat that they are ancestors of the domestic cat.  On my first encounter with one I was sure someone had lost or dumped their cat in Kruger park.  They are found all over the African continent and middle east.  They hunt primarily mice, rats, and small mammals but fish, birds, reptiles, and insects are taken if the opportunity arises.  The hunt is typically at twilight or night and the method is with stealth and pouncing.

We are lucky to have several roaming our reserve and every sighting is special, but my first reaction is still to think of a domestic cat – until I notice the long legs and unique red markings. 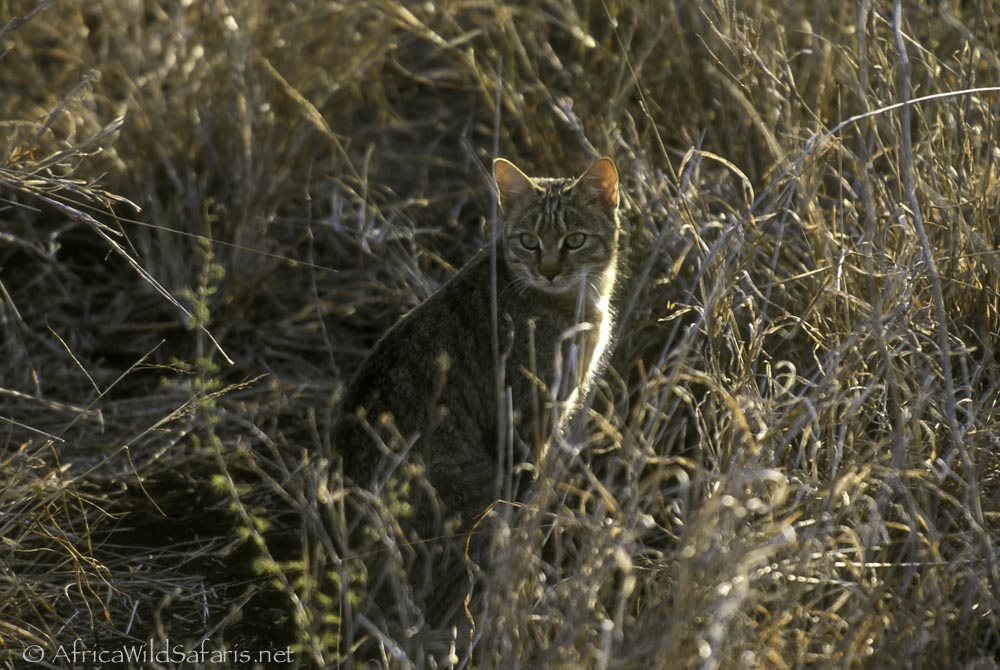 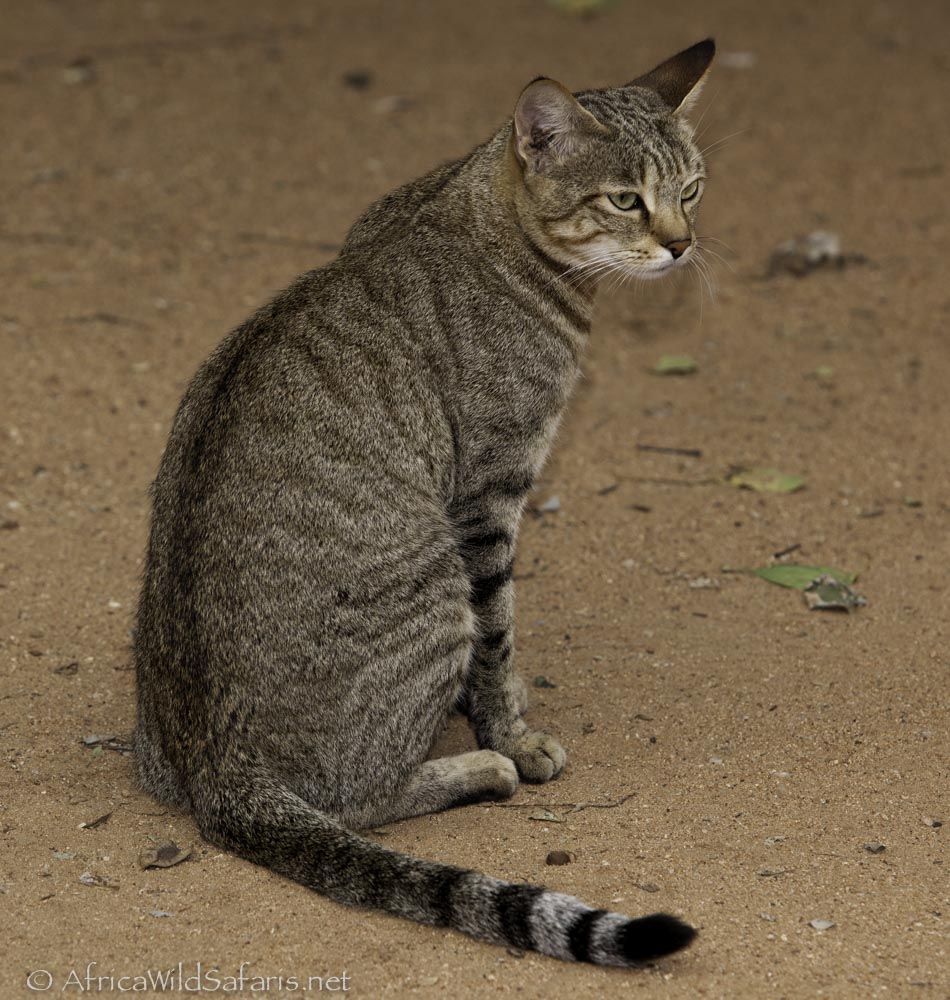 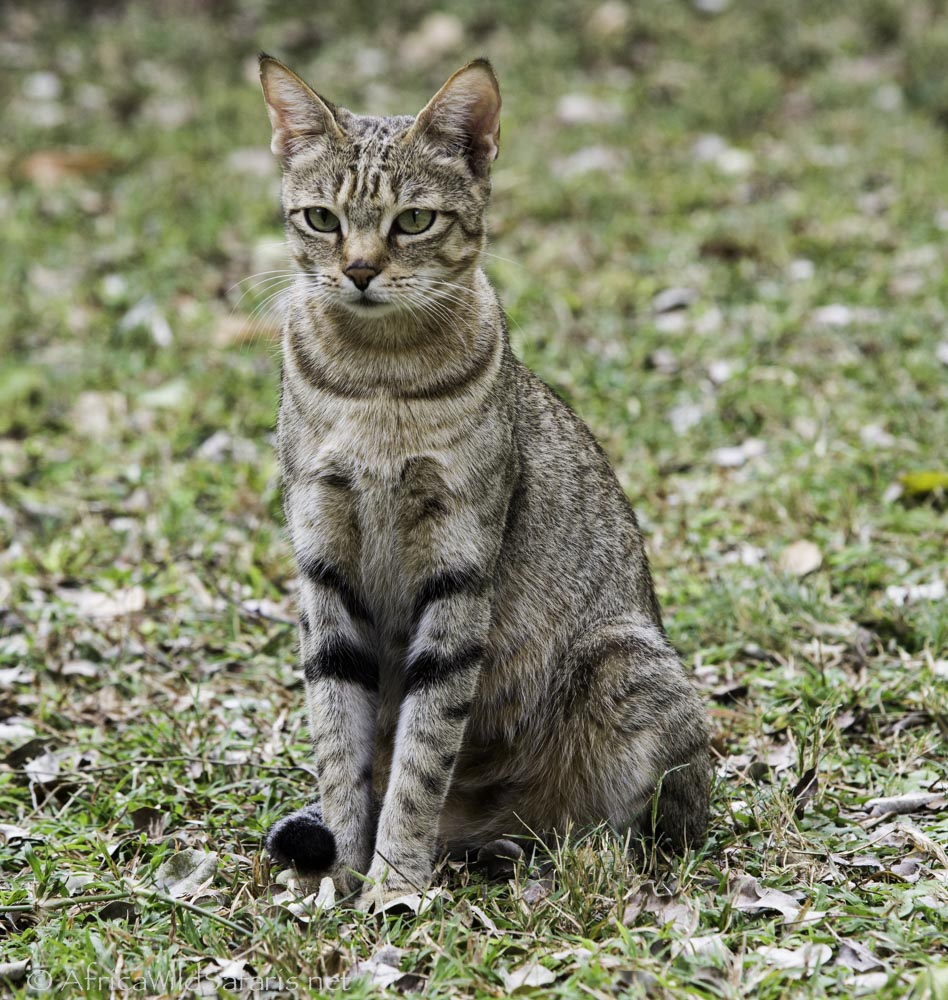 Servals are considered the best hunters in the cat world with a 50% kill rate (for comparison, a domestic cat’s rate is 10%). They hunt by stealth then jump onto the prey incapacitating them with their weight, then give a fatal bite to the neck.

The serval has the longest legs of any cat  in proportion to its body.  Its spots sometimes cause it to be mistaken for a young leopard or cheetah.  Many are killed because of this mistaken identity and because they hunt chickens on farms.  They are the subject of conservation efforts to reintroduce them to southern areas of South Africa.

This is a cat I wish I would see more often.  They are very interesting to watch while hunting and they are as beautiful and dramatic to photograph as cheetahs. 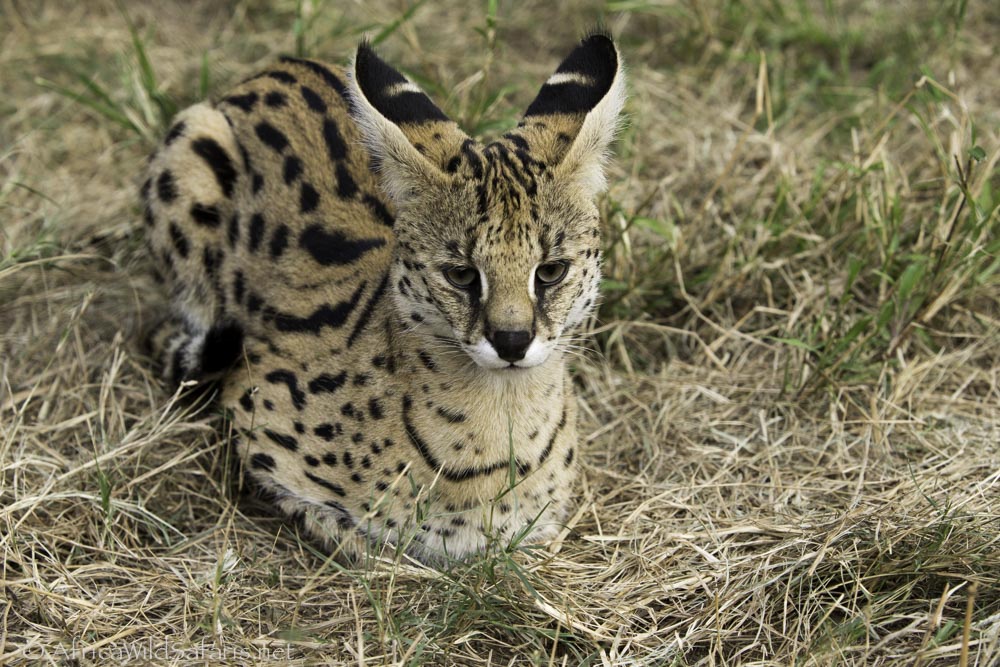 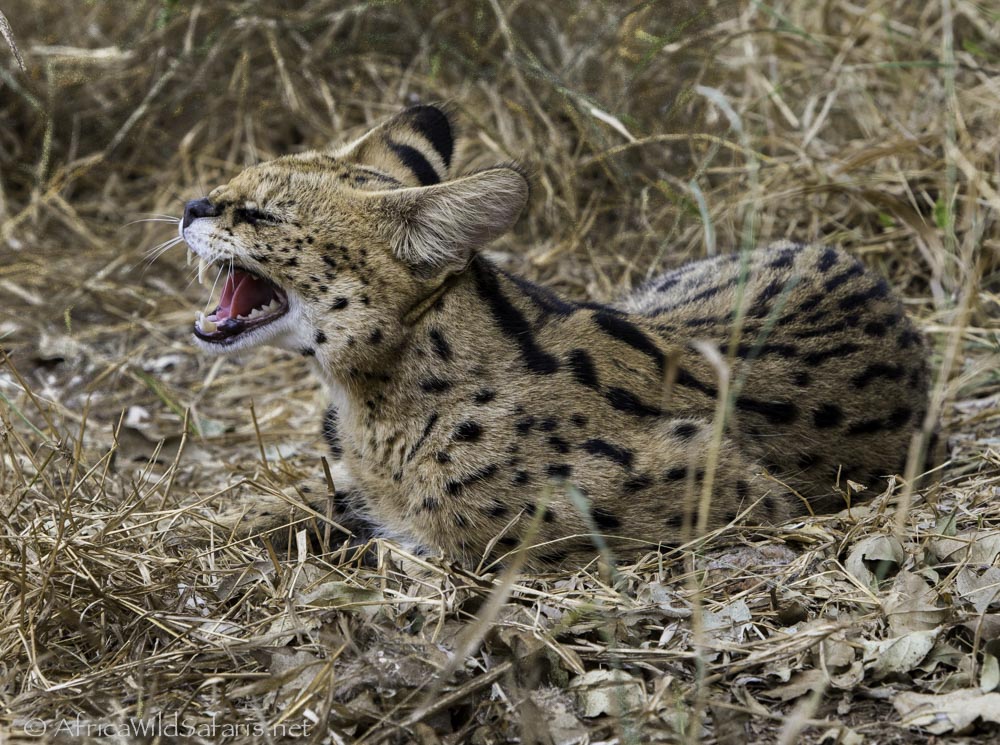 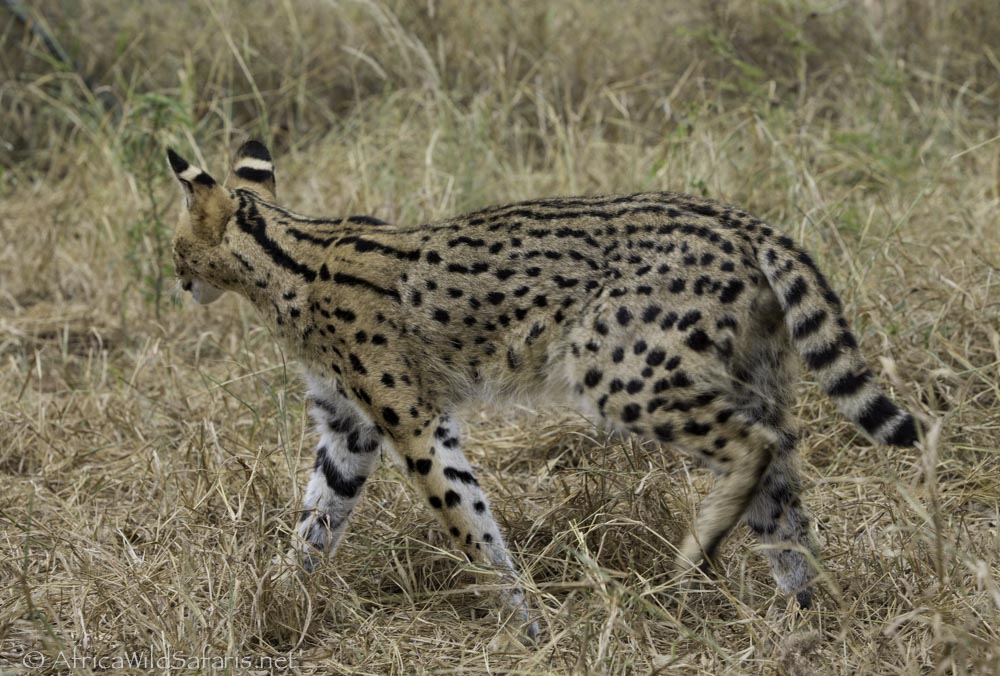 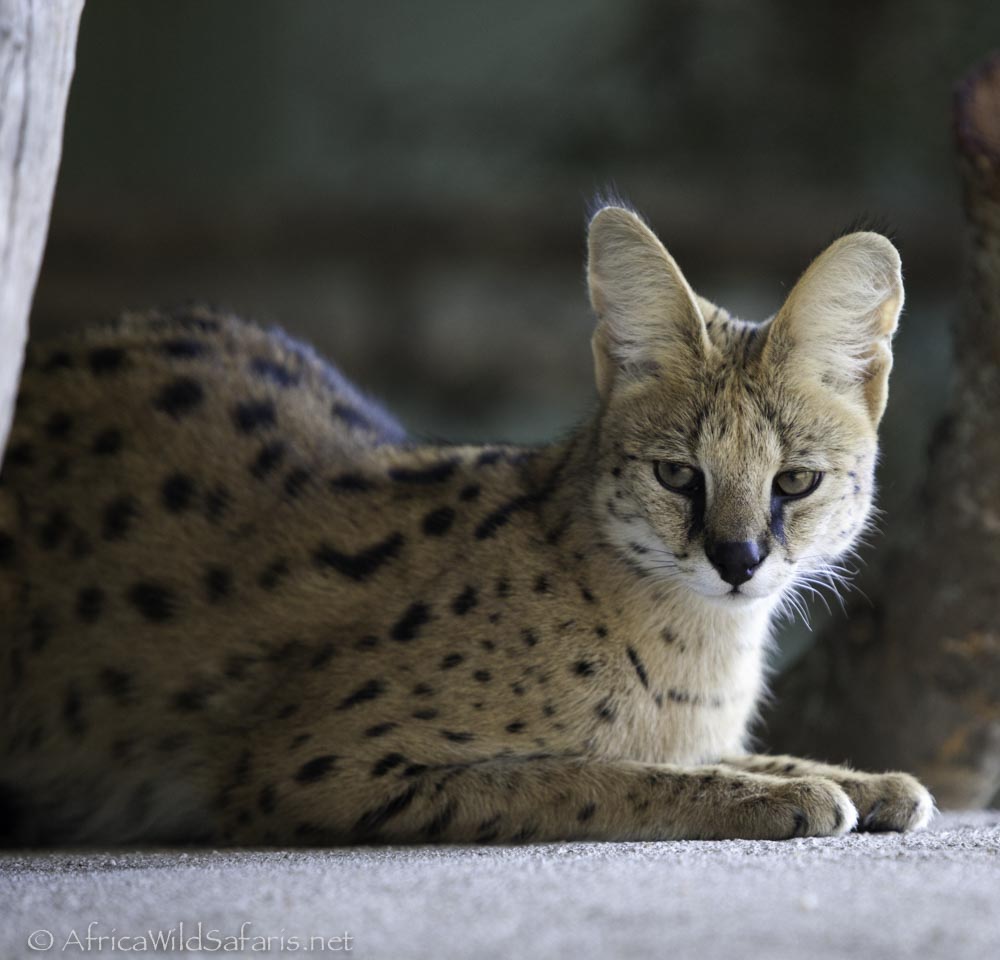 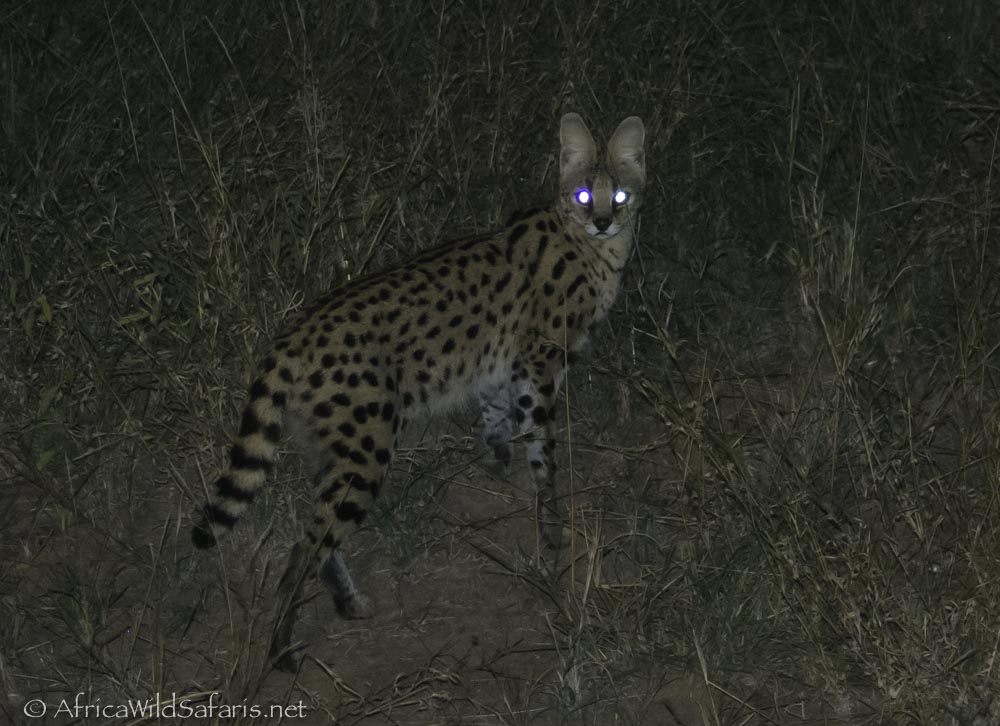 While everyone loves the African favorites: lion, zebra, leopard, etc.  the longer I spend in the bush, the more fascinated I become with the lesser know species.

I like to present and emphasize the total ecosystem view to my safari guests teaching them to see and appreciate how large and small species all interconnect.  There is so much here to see and learn and it keeps us coming back.

Favorite Moments from my Photo Safari

What is the Best Season to go on Safari?