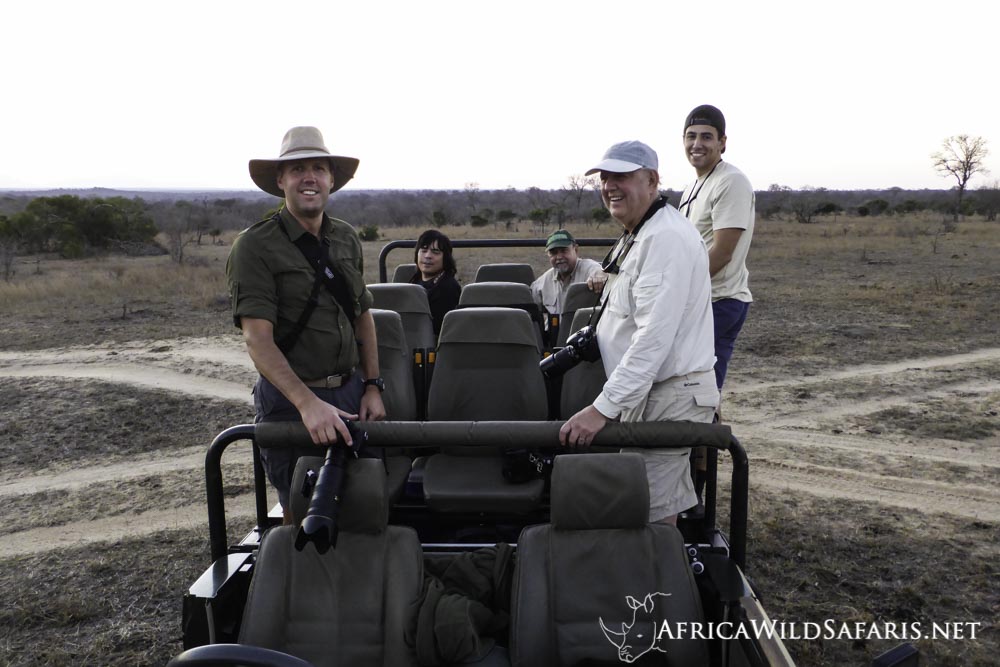 Our guests have just returned home and I have spent some time sorting through all of the wonderful photos taken over the past 10 days.   As I sort through I am reminded of all the great moment so now is the best time to do this blog post of my favorite memories and photos

Yawns and other behavior 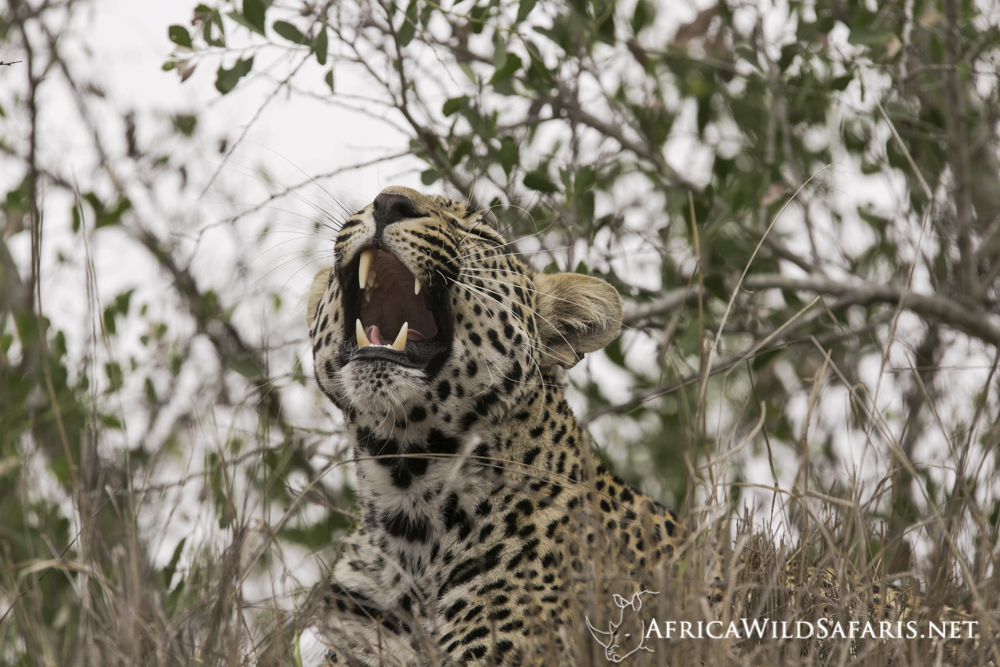 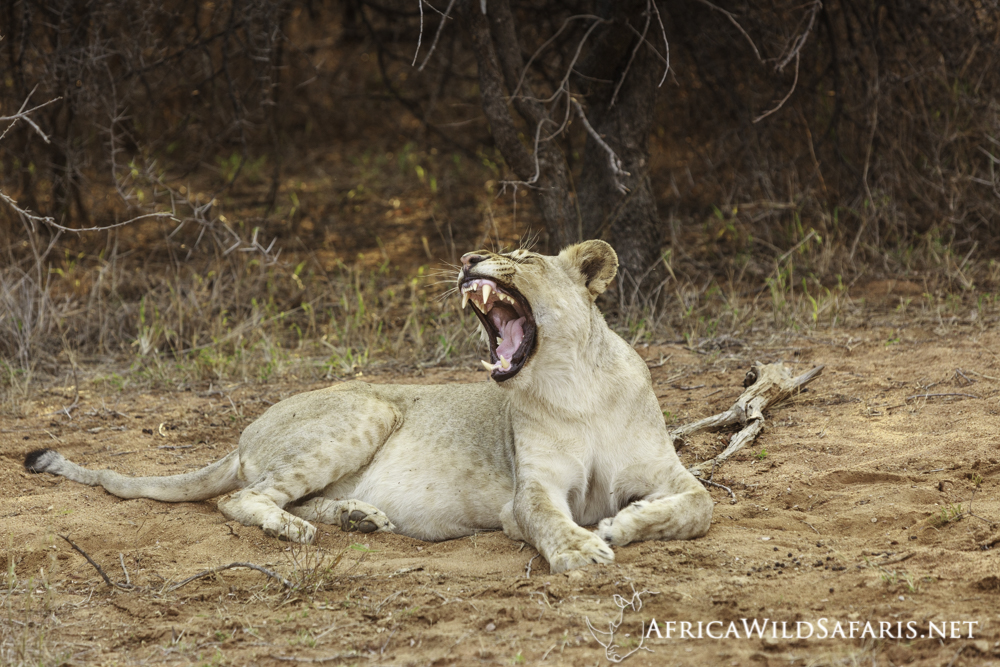 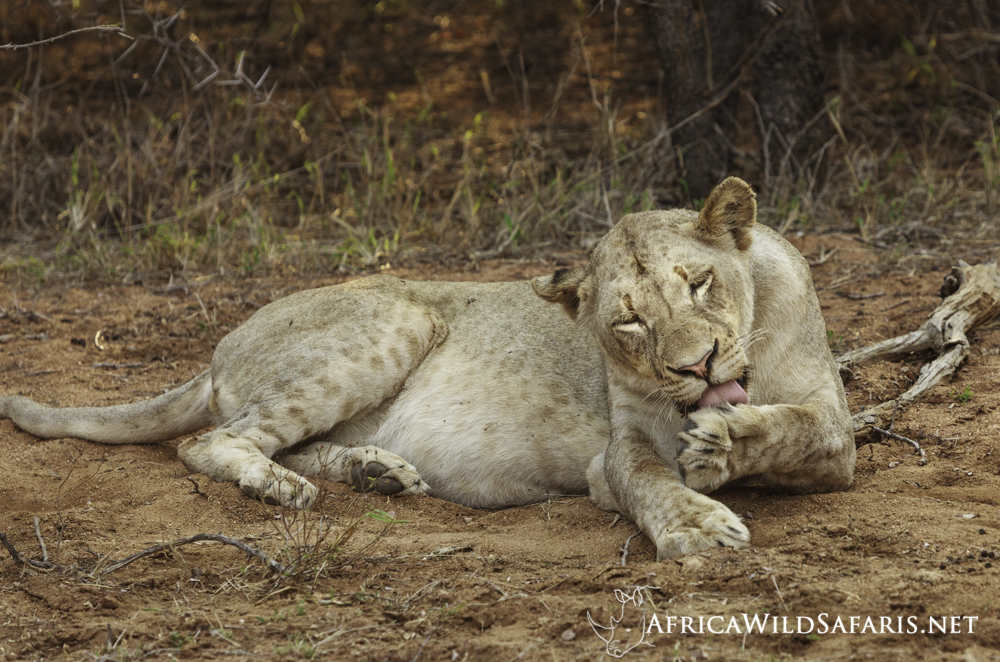 Since big cats spend loads of time resting and stationary, it gives us a chance to observe them and watch familiar behaviors. Our rangers are knowledgeable and I often learn something new. On observing how a lion sits with its paws in front and upturned, the ranger commented that they will lick their paw pads then hold them in this position as a way to cool off. Yawning and dosing off to sleep needs no explanation to those familiar with any type of cat.

If there was an over all theme to this safari, it would have to be cheetahs. We observed and photographed cheetahs on most of our game drives. Often they were pairs of males who live as a coalition cooperating in hunting and keeping themselves safe from rivals, lions, hyenas, and leopards. We were fortunate to see two cheetah on a fresh kill and we could see how one will eat quickly while the other watches for danger. Other sightings were cheetahs roaming and marking their territory. 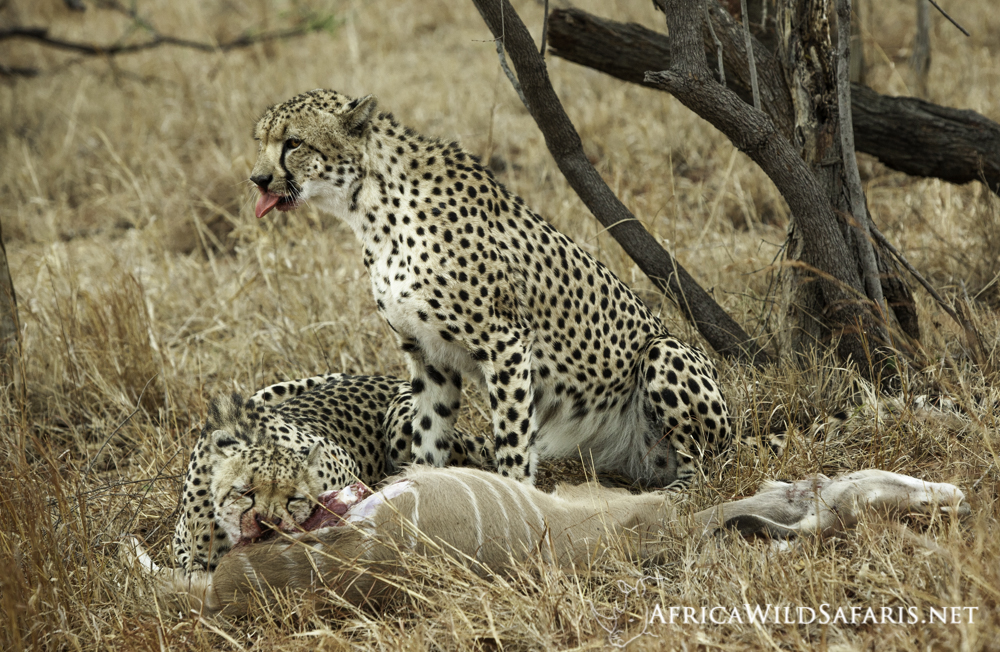 The light on this photo was so nice that I made two images from the one photo. The cropped in version shows the intense eyes and stare of the cheetah surveying his surroundings for food or danger. The full image has the cheetah in context with the texture of the grass, the camouflage of his fur, and the wide open spaces where cheetahs hunt. 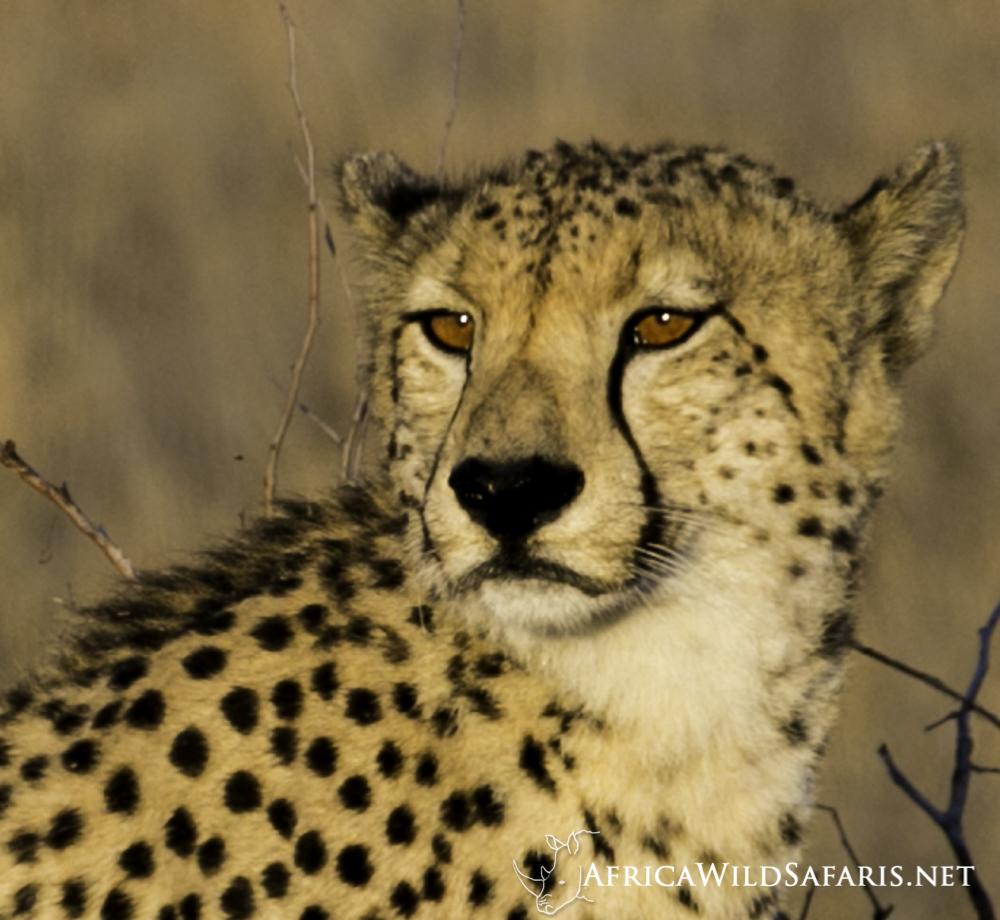 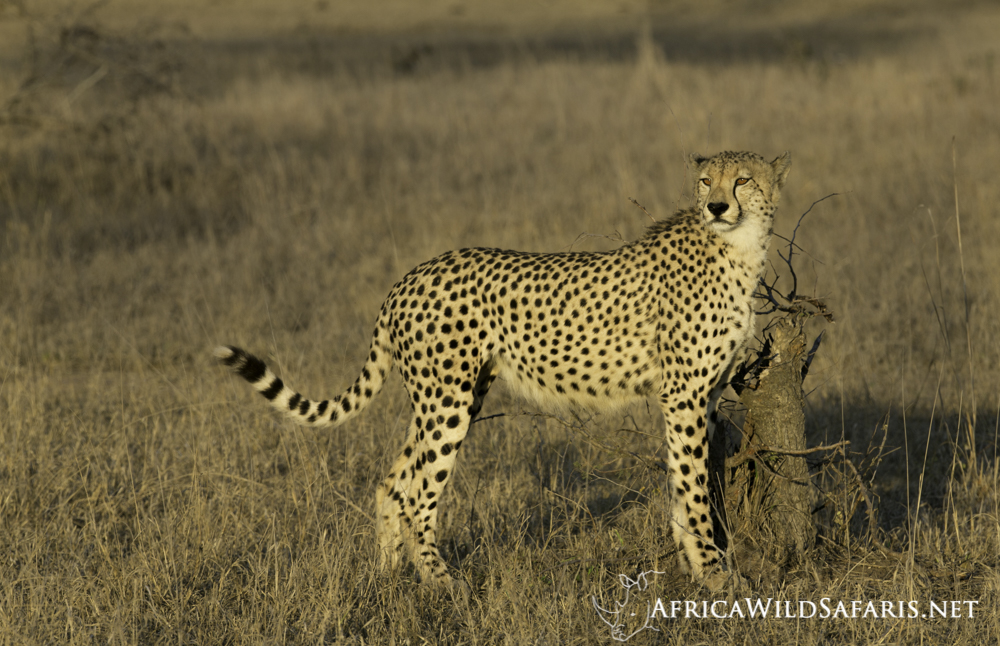 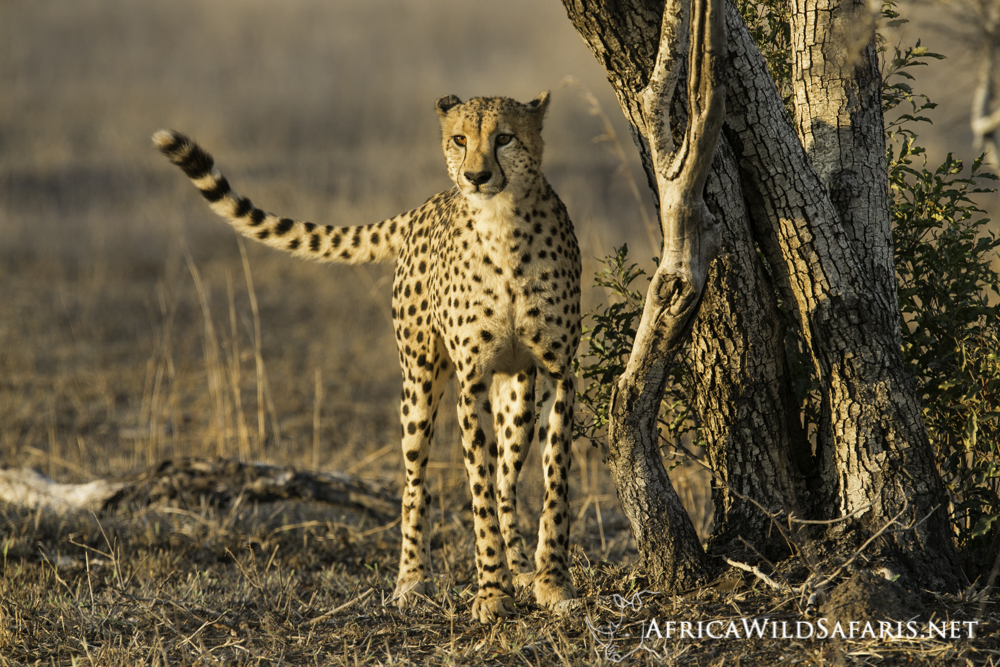 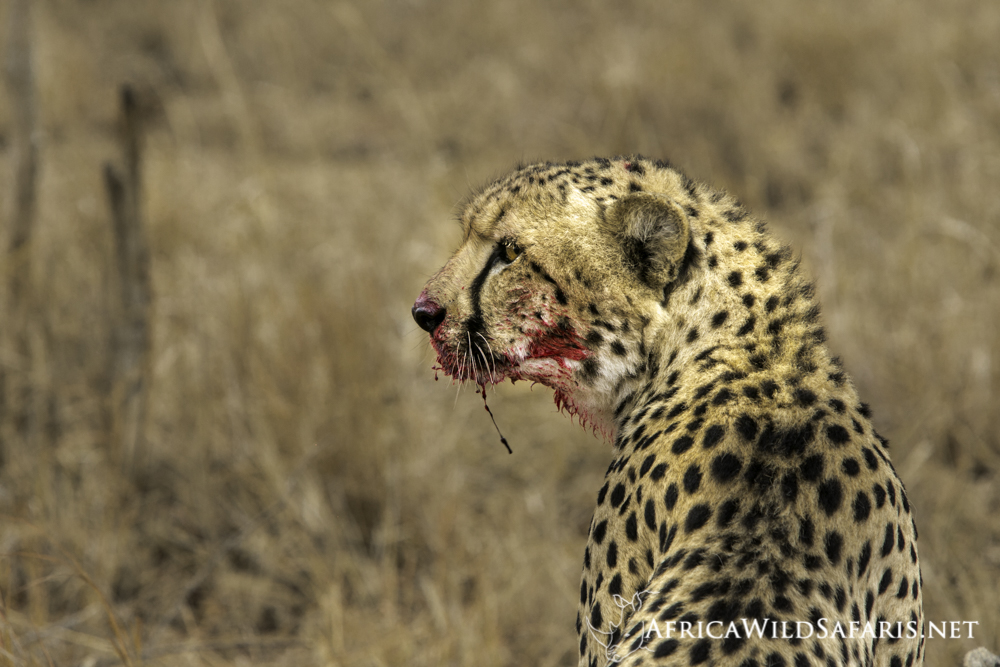 Photographing individual animals creates a different image compared to a whole herd or mixed herd. A herd creates a negative space that shapes the image as a whole, but within the herd are details and motions of individuals that give interest. In Kruger we see larger herds of Zebra and elephant than on private reserves. 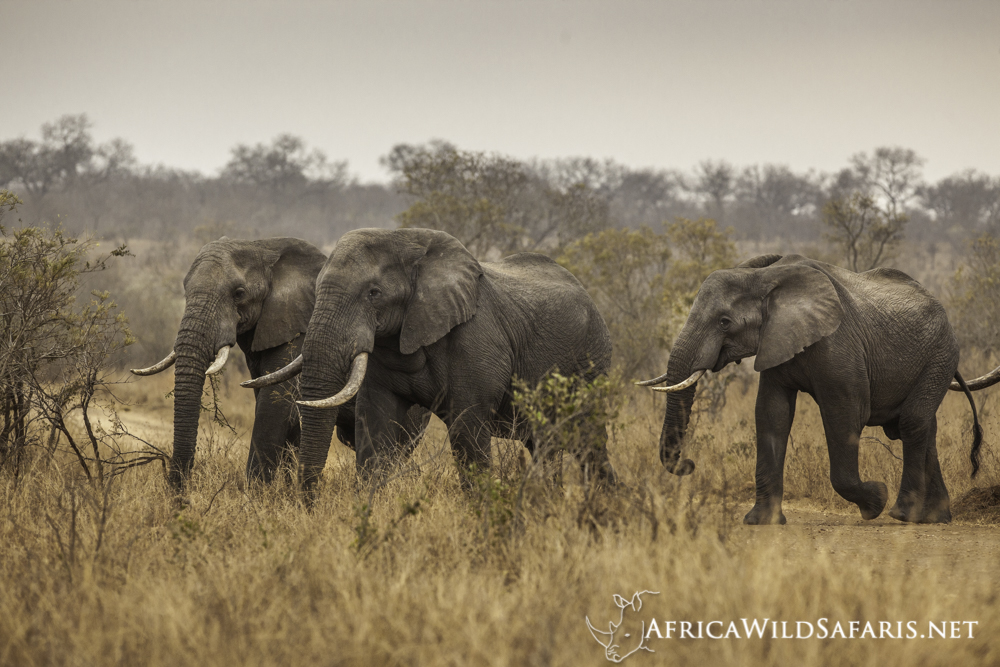 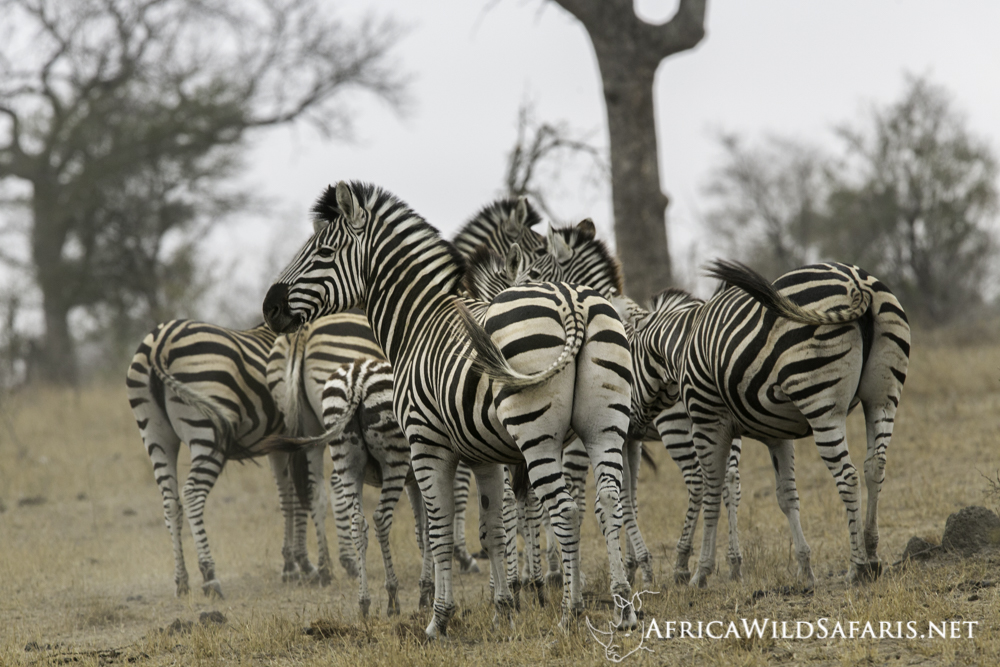 This time of year where water is more scare, the mud baths are coveted by all species. Many of these holes are started by elephants digging for water, which then grow larger and catch rain. The rhinos love to coat themselves in mud then rub parasites such as ticks off their skin. A good coat of mud also keeps off the flies.

Two of my favorite baby African animals are the giraffe and rhino.

The baby giraffe, too short to reach any leaves follows its mother tries to imitate her. They are shy but soon will develop the curiosity of the adult giraffes. 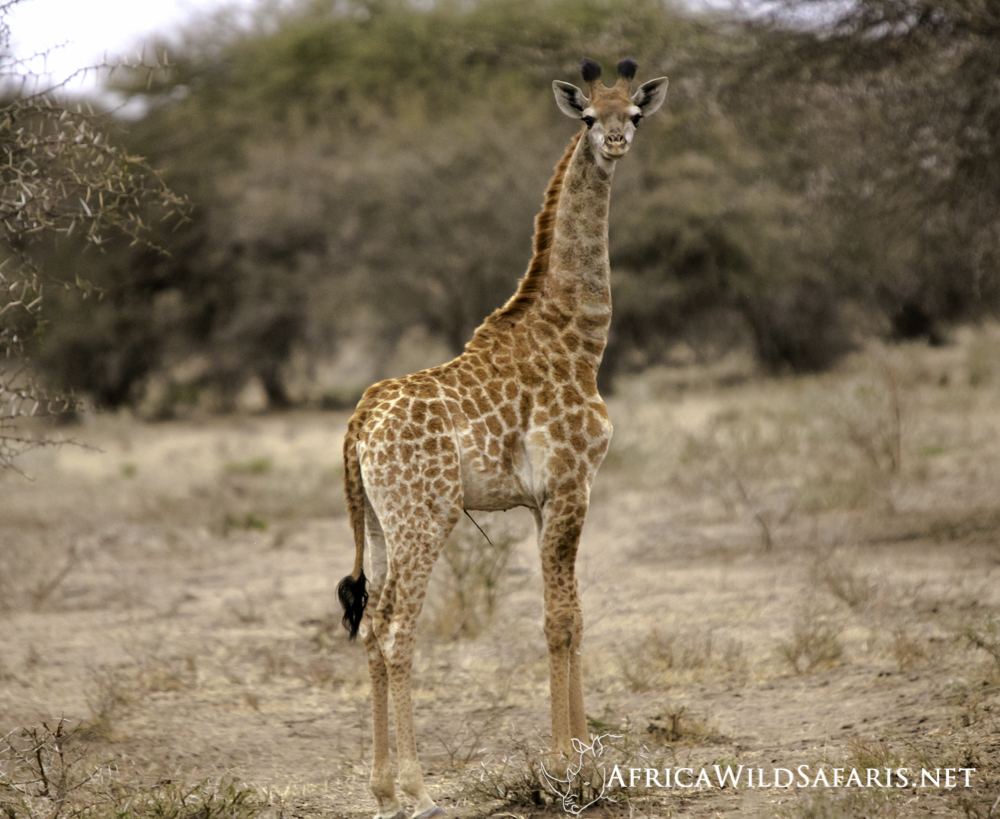 This safari with photographed baby white rhinos of several different ages. This older baby and his mom approached a mother and baby pair where the baby was much younger. The two young rhinos greeted each other with a nose rub, but one of the mothers became protective and drove the other pair away. 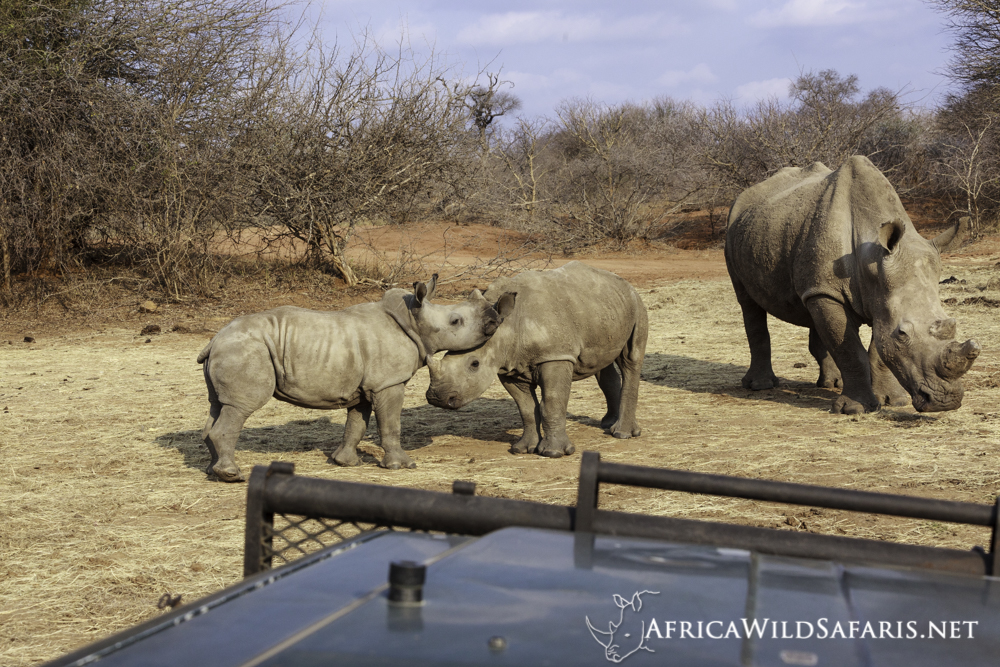 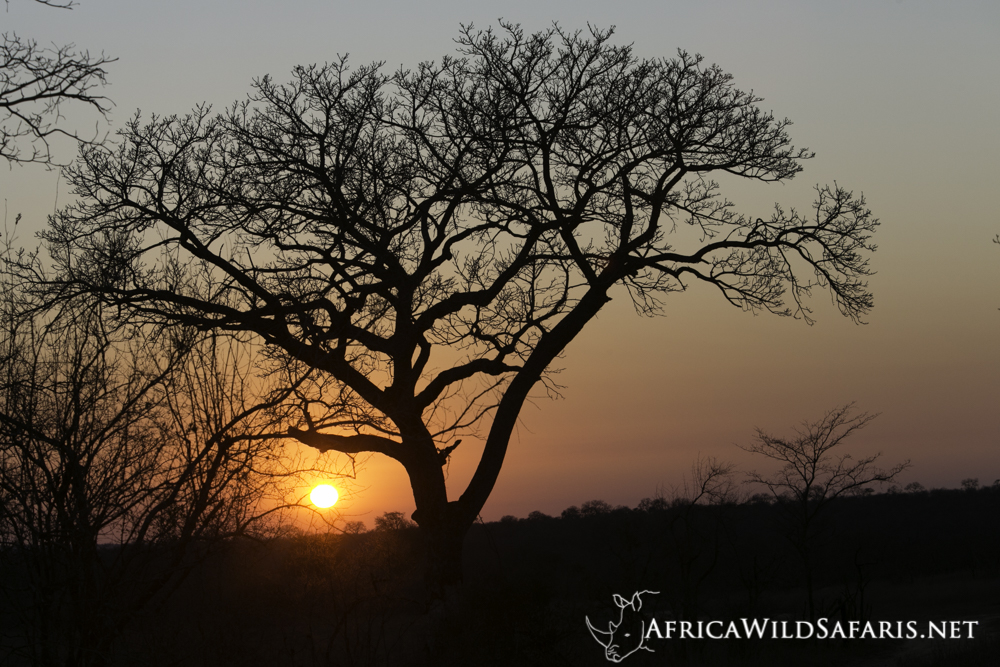 While drama is all around you in Africa in the rugged landscapes and predators, there are some small, quiet, and subtle beautiful things. The sunsets are the best in the world here fueled by the dust in the air causing the sun to flame up into a huge orange fireball. Some of the birds are very colorful such as this Lilac Breasted Roller.   The harmonious colors of a waterbuck in his environment framed by his symmetrical face are another example of subtle beauty found all around us here. 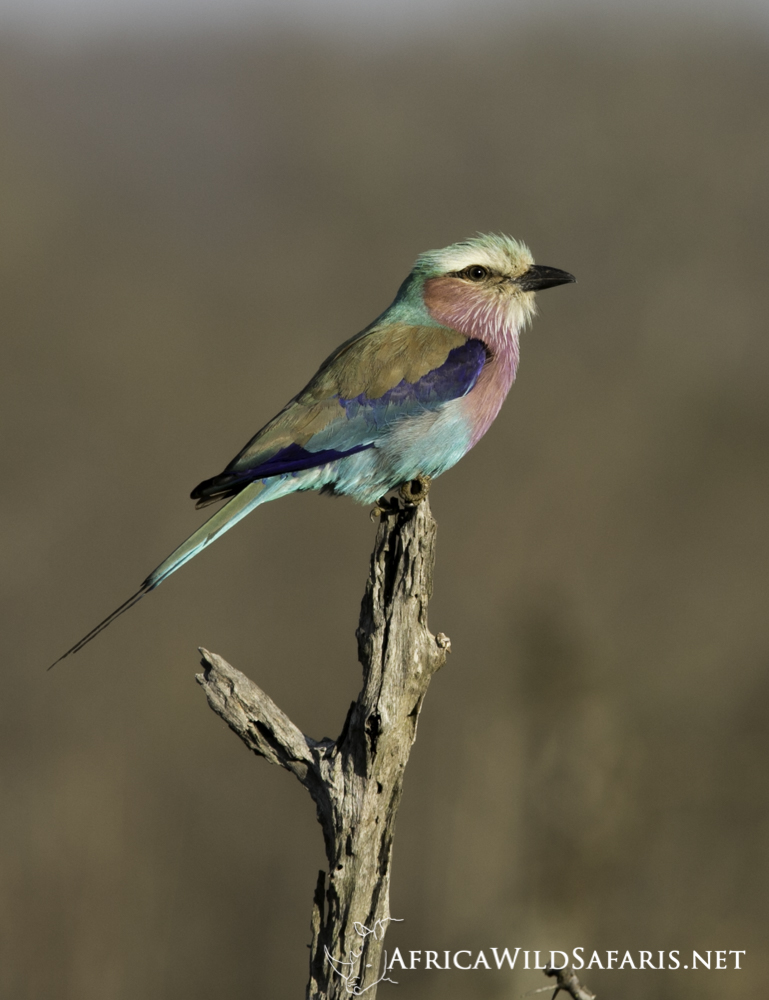 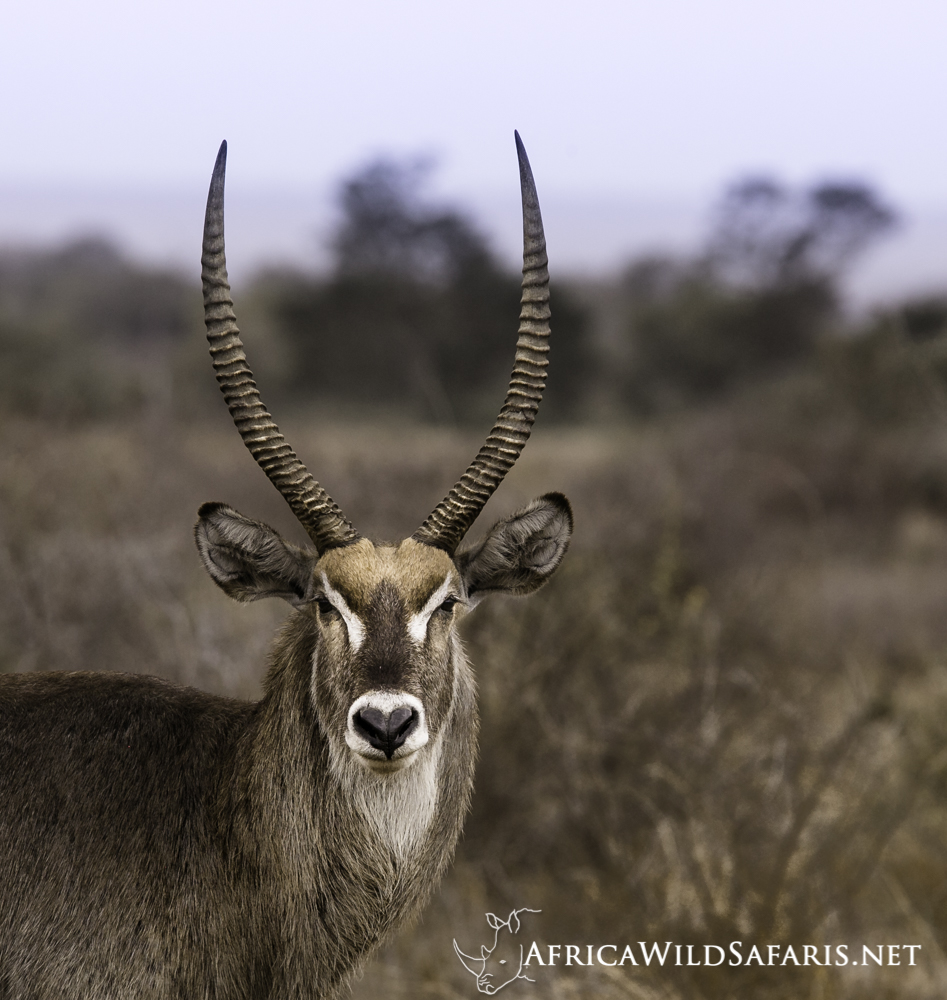 Sometimes great moments happen on safari without leaving the lodge.  During breakfast, these hungry giraffes came to nibble the leaf buds.

We had so many nice photographic encounters with this group. Everyone was pleased with their photo collections and each returns with some great memories and new friendships.