During our small group photo safaris we travel an hour and half south of our Tree House Lodge to the Sabi Sands Private Game Reserve.  This is a very old reserve (one of the first to be decided as a nature reserve) and we stay in the section which is bordering the Kruger National Park.  There is no fence so wildlife is free to range into both areas. 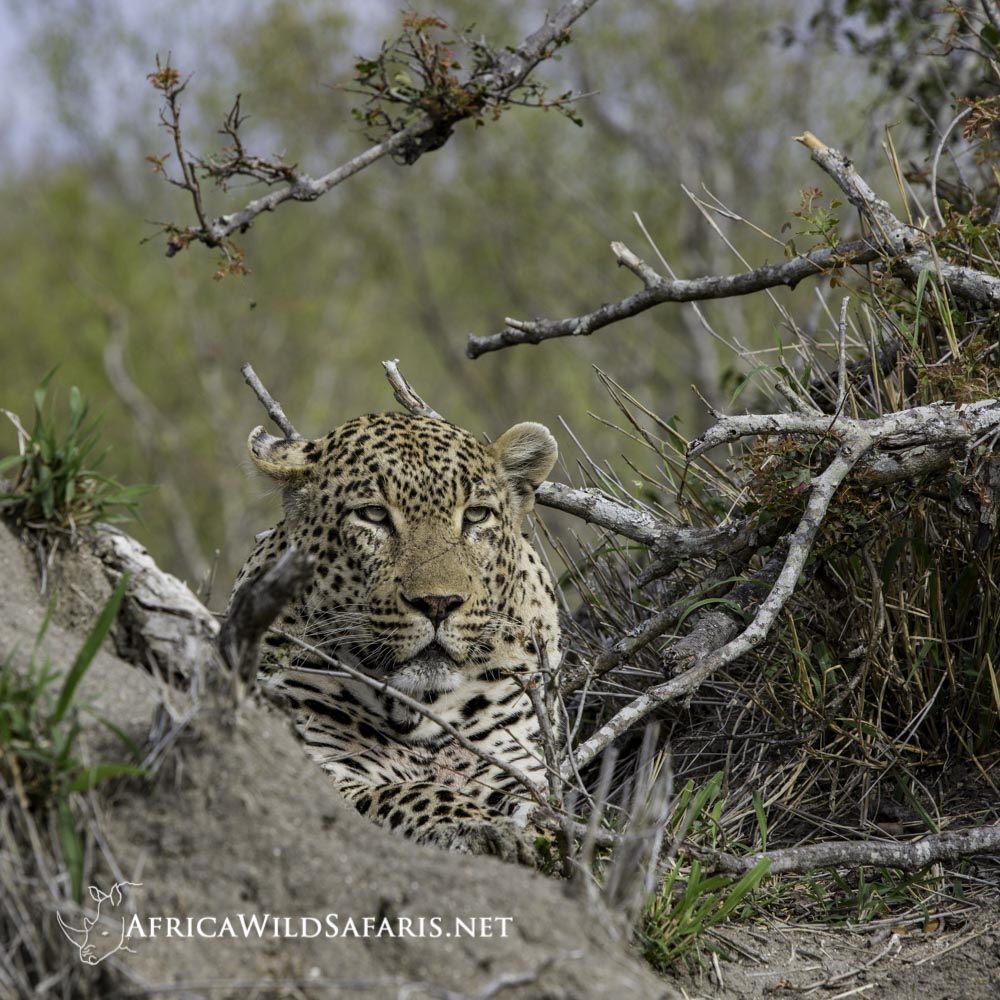 We come to Sabi because they have the rivers and tree conditions that leopard prefer and thrive in.  They also have a long history of tracking and knowing their leopards very intimately so the rangers quickly find the leopards and can tell us each animal’s story.

We had many wonderful leopard moments over the course of our  September safari groups.  This evening game drive was especially nice:  we tracked a male leopard named Tingana while he went on his early evening rounds 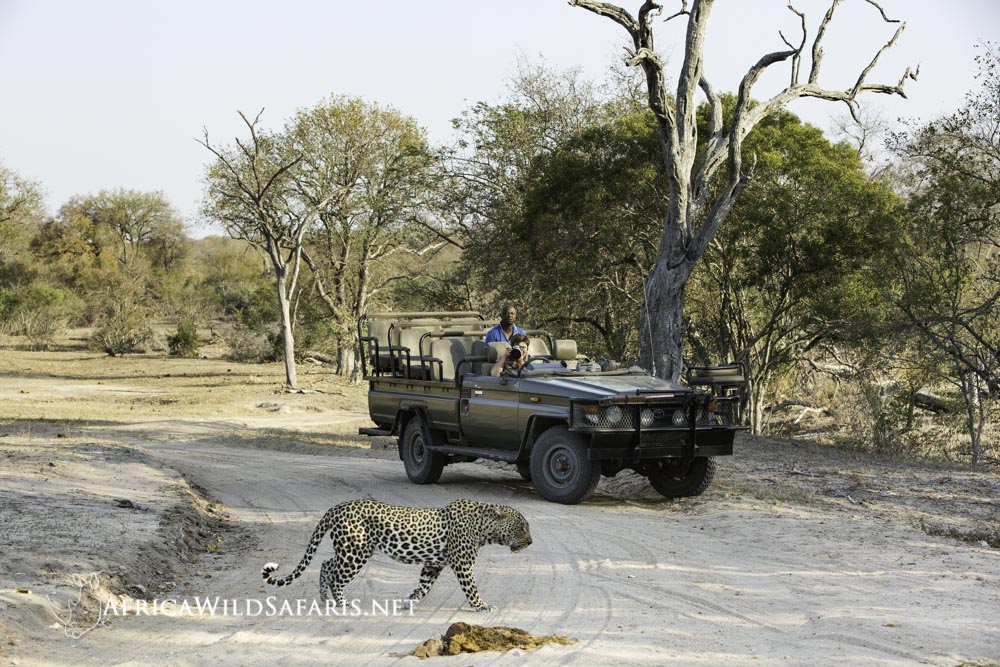 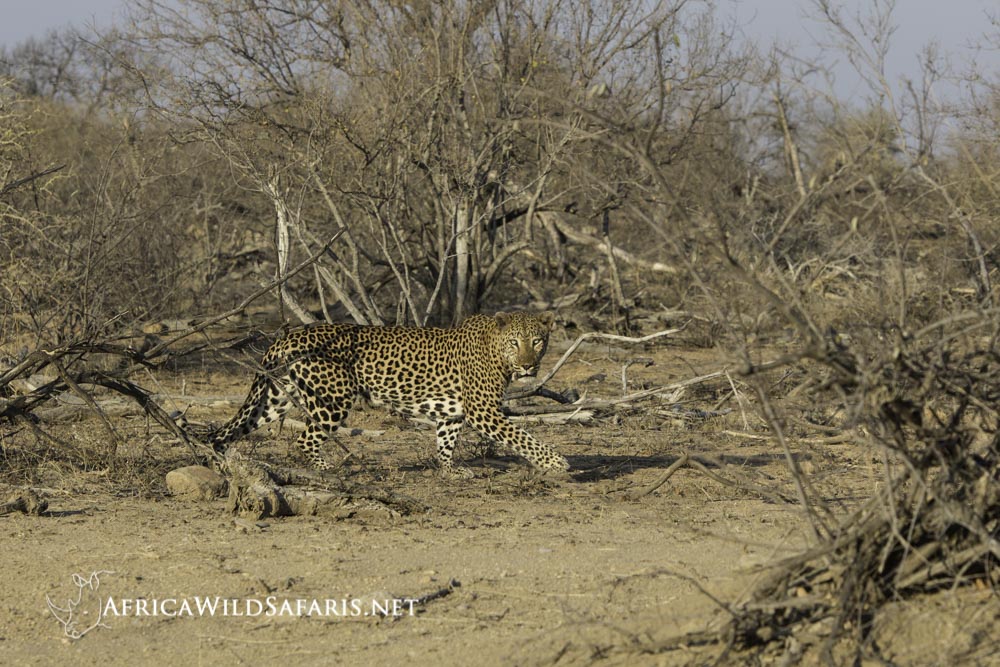 he pauses in a comfortable spot to take a short nap

We catch back up to our leopard after the sun has set.  There are lions moving through near by.  A leopard can be harassed or killed by lions so he is becomes very alert and circles back to his tree where he had a kill stashed away. 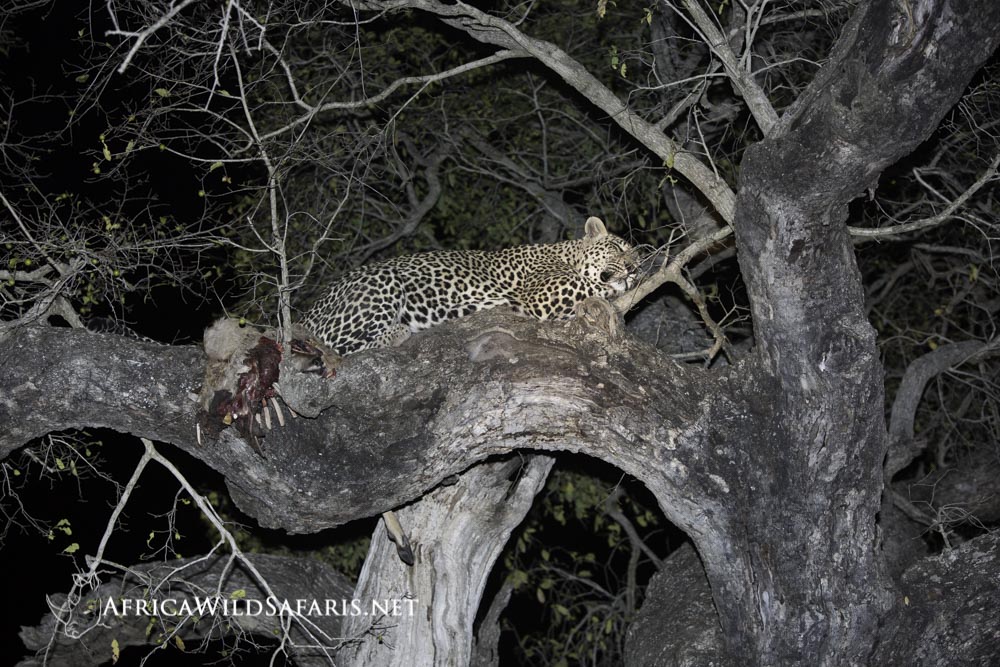 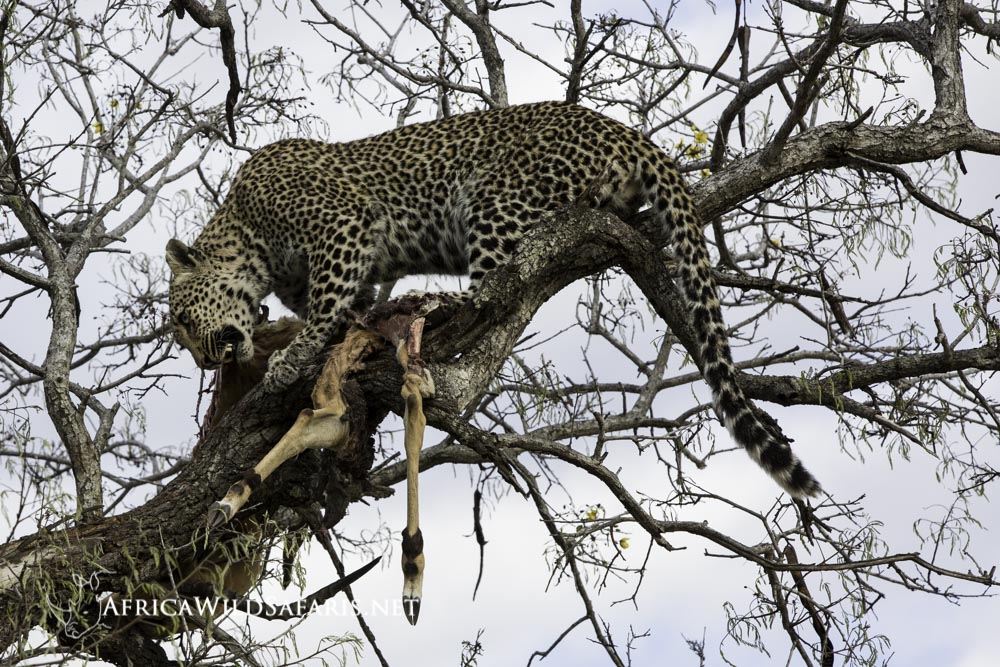 After a snack in the safety of a tree he goes back to resting.

The next morning we catch up with Tingana and he is on the ground under the tree still guarding it from lions and others who would steal it. 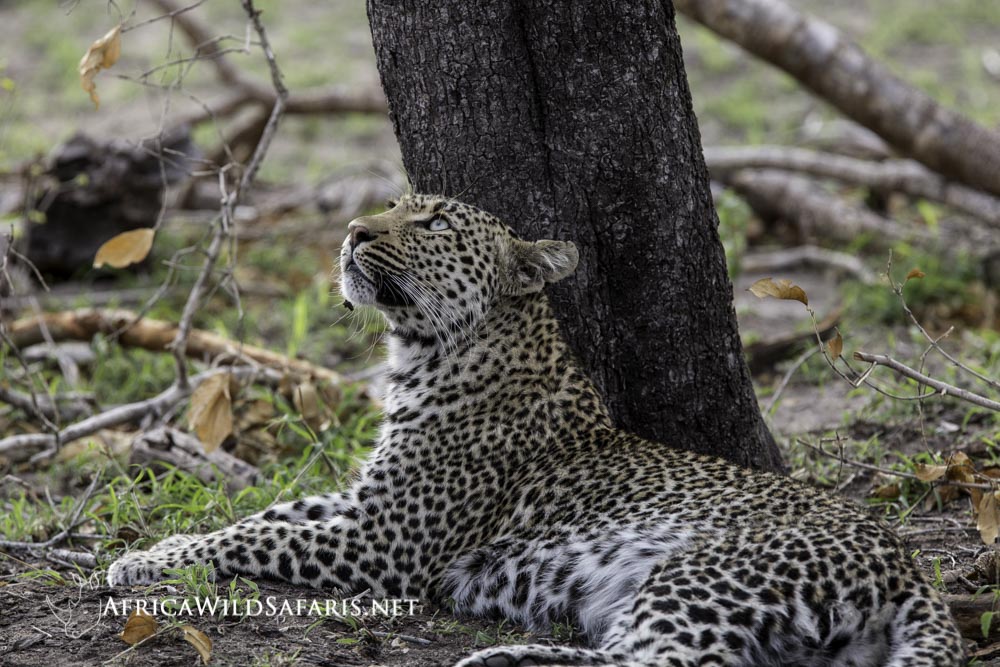 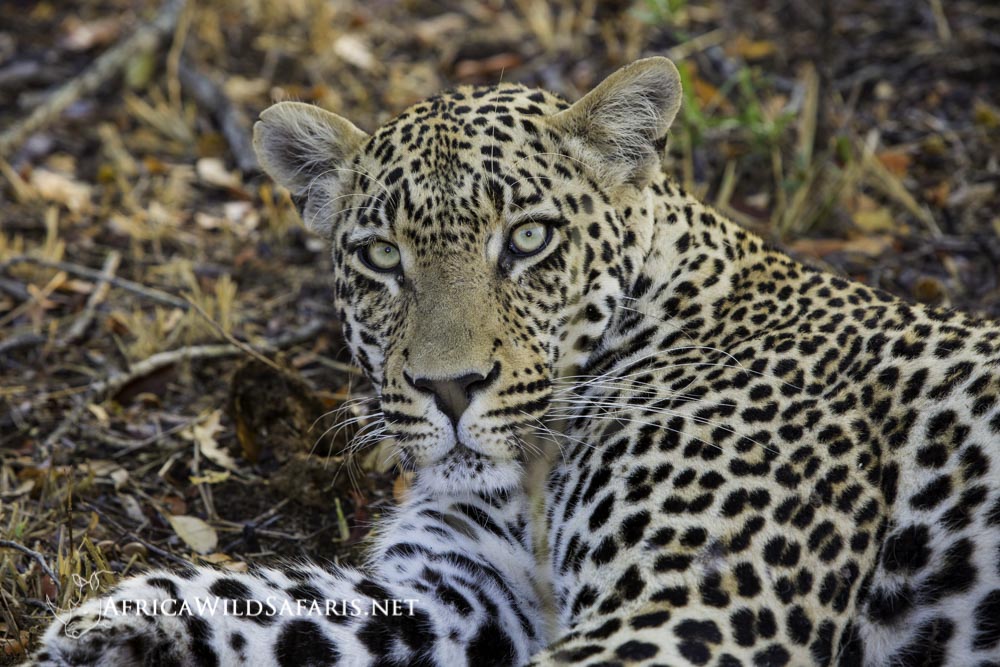 On a previous visit to Sabi Sands we saw Tingana with a zebra kill up a  tree.  It is amazing to think of the strength this animal must command in order to drag a small zebra high up a tree.