My two May 2017 safaris were filled with special wildlife encounters, good weather, good company with some really terrific guests.  I have presented below what I felt were themes present in each safari that made it special. 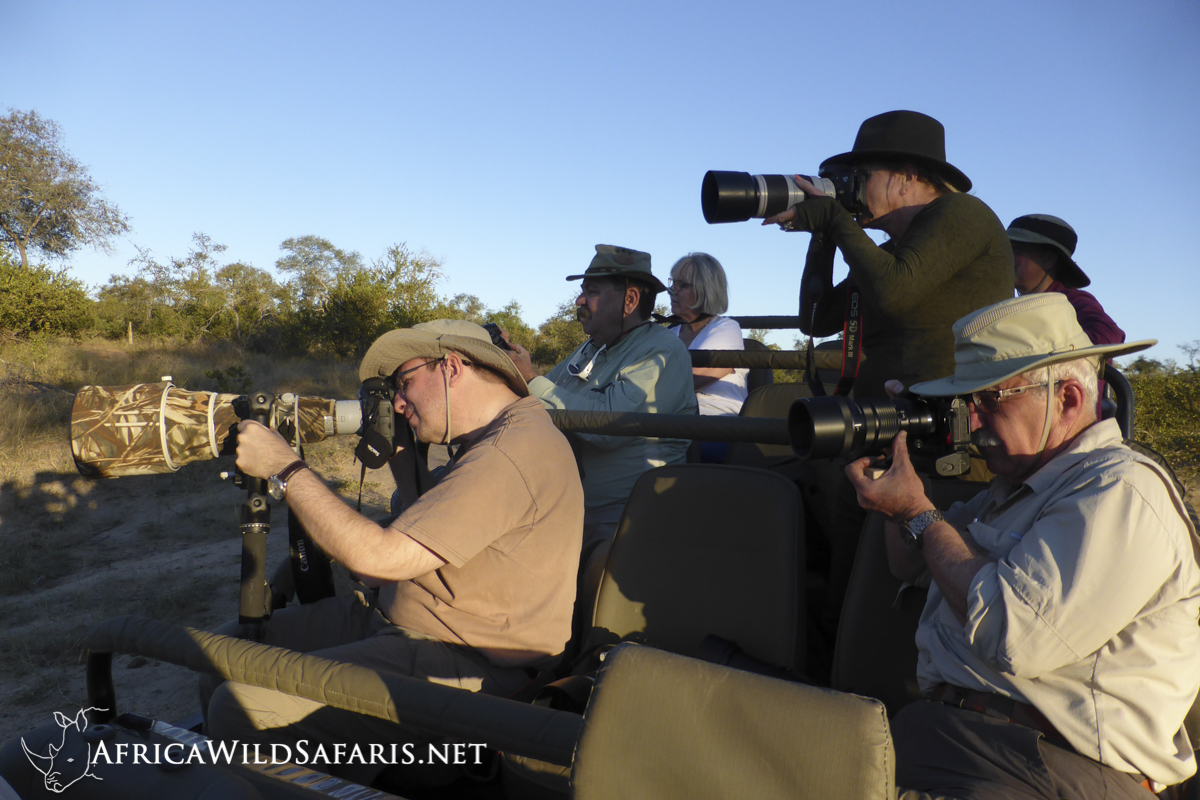 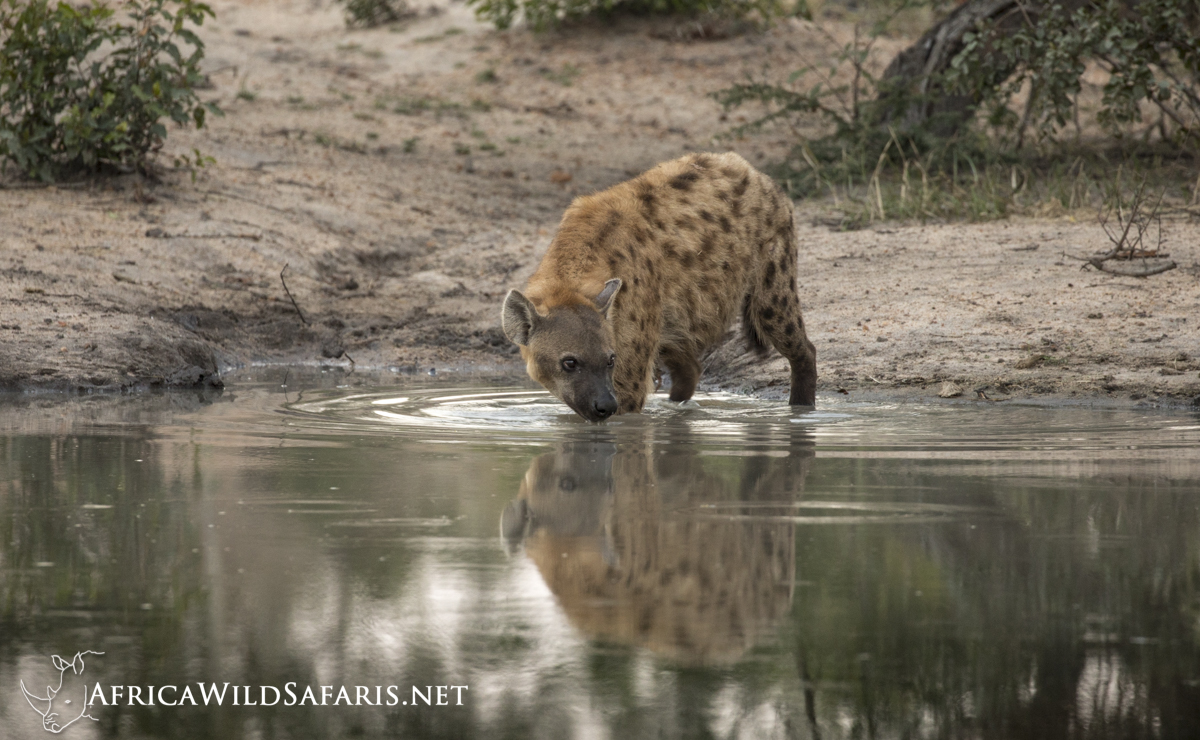 The Magic Effects of Africa:

I was delighted to have families and friends traveling together among my photo safari guests.  They were fun and engaging and quickly fell under the spell of the South African bushveld thrilling at  the huge expanse of stars at night, and the way South Africa and the wildlife had a relaxing and healing effect.  Everyone enjoyed the tree houses and the fun and uniquely African touches like outside showers featured at the lodges. 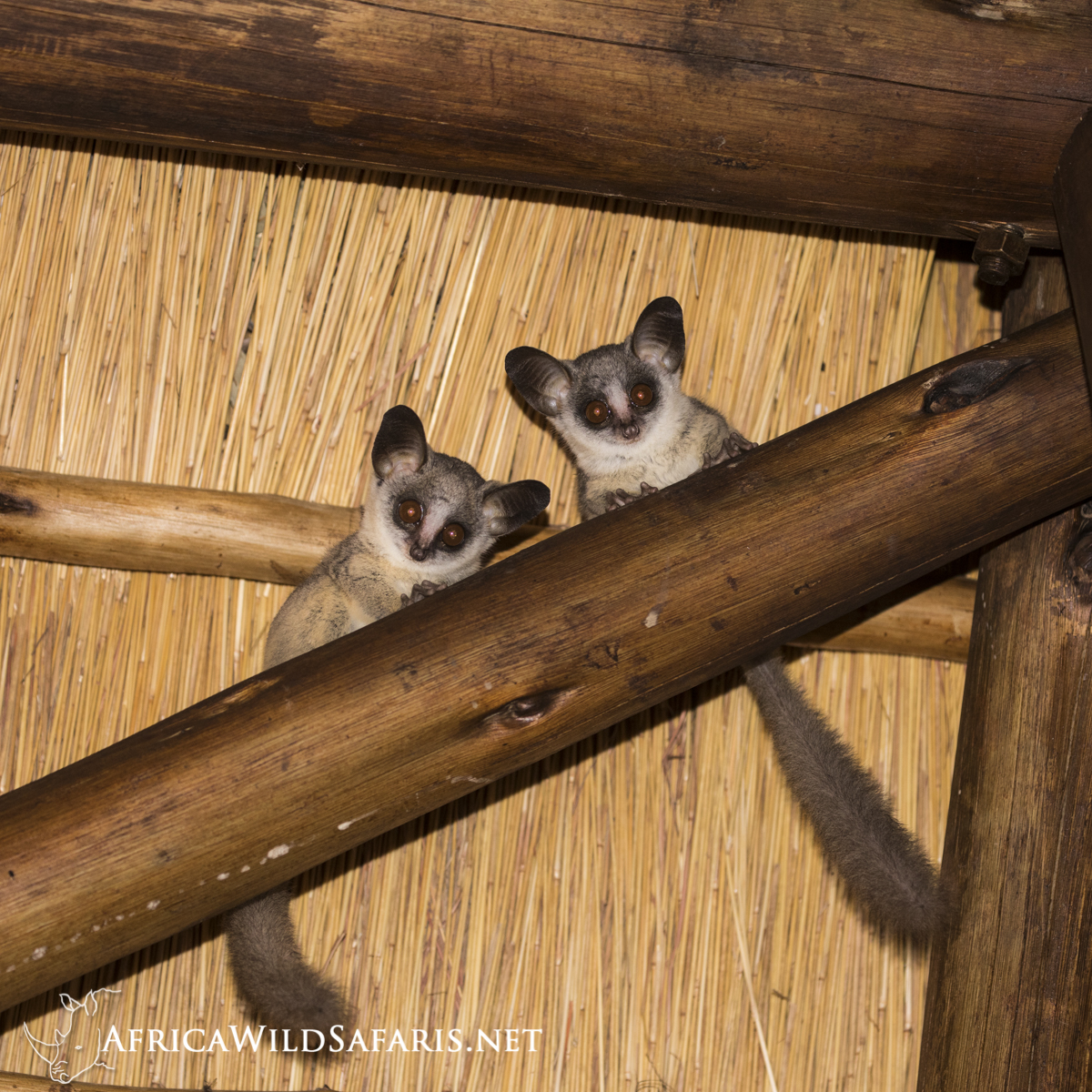 Our guests are always very interested in learning about wildlife conservation and our rangers, guides, and hosts  tell them the real story behind poaching in our area, wildlife rehabilitation, national parks, and how wildlife reserves operate.  We want our guests to understand the animals they see and their role in a healthy environment.  Also, it is necessary to understand the challenges faced by wildlife in South Africa.  Our guests were so moved by a lion and rhino poaching presentation that we invited the founders of Flying for Rhinos to detail the work they do to help anti-poaching efforts.  They returned with plans to have fundraisers to help this organization. They also were delighted to see several wild white rhinos in Kruger and were able to photograph a very rare encounter with a black rhino. 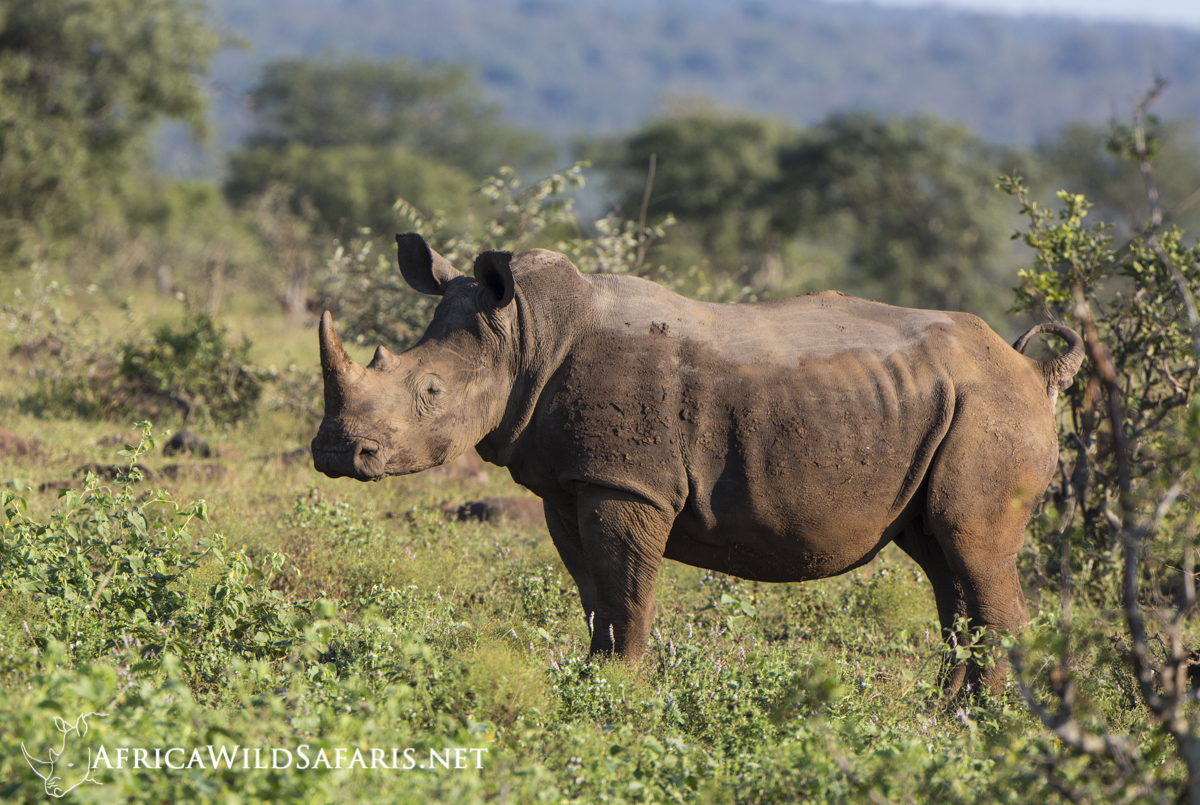 Our guests were surprised how close we can get to the animals:  My longest lens is a 400mm,  but I use my 70 – 200mm or 100 – 400mm  for most images.  Our drivers know their reserves very well and can track prides of lions, rhino, and herds of buffalo day to day.  When we find the animals we can get close up and detailed images of elephants, big cats, and giraffes. 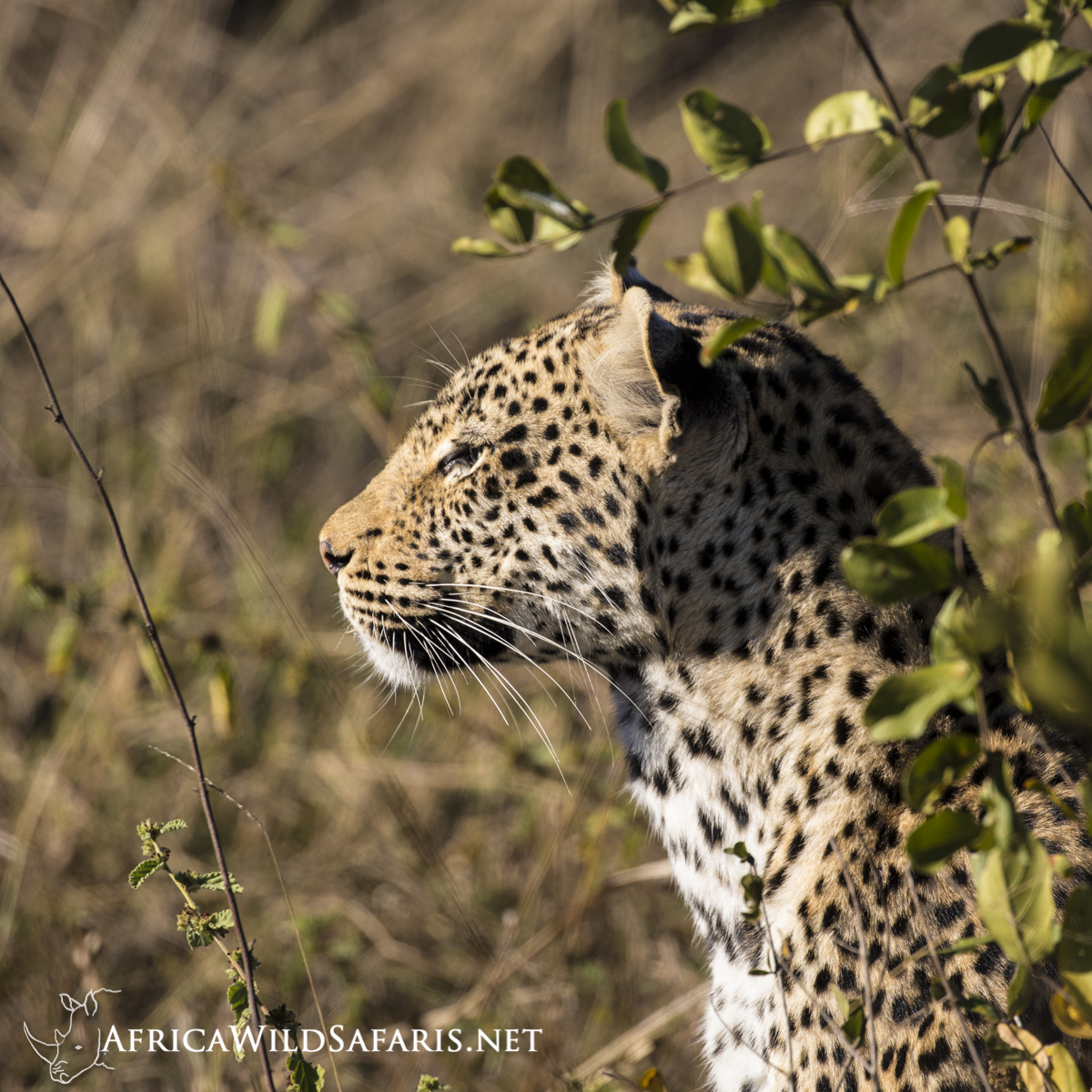 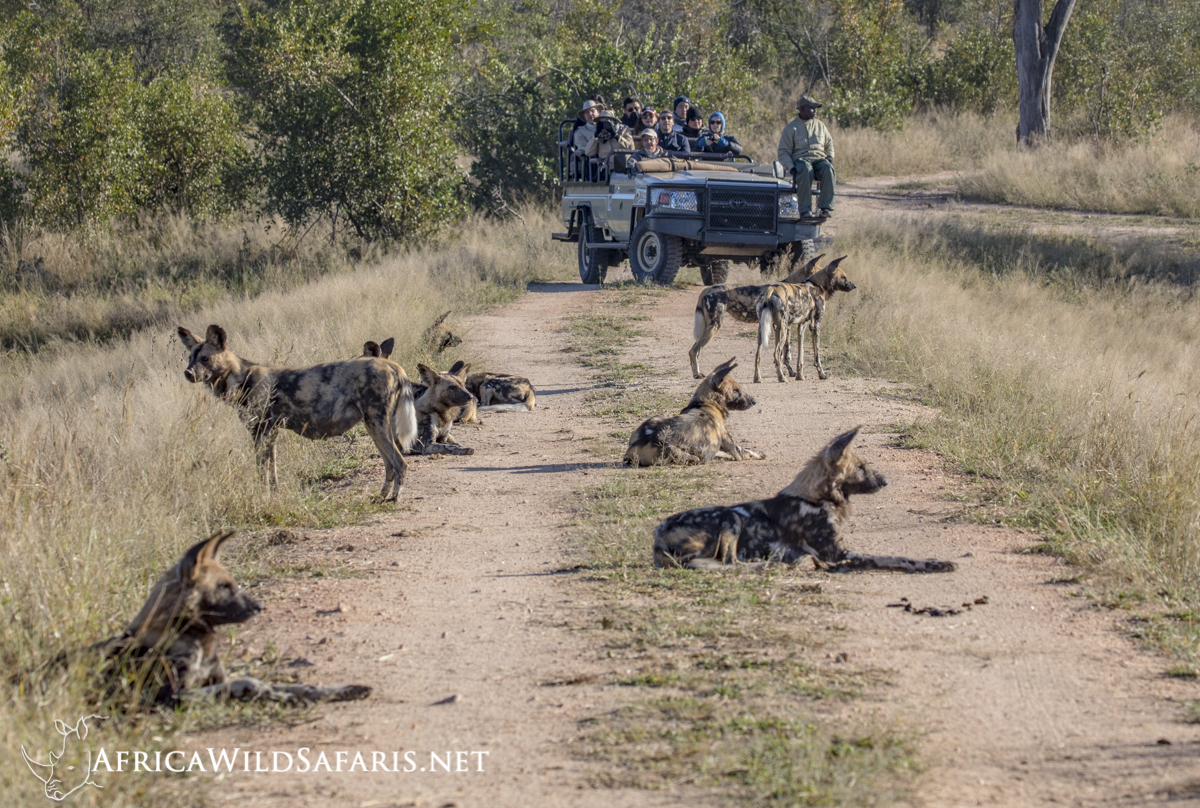 Sometimes we are too close for some of our lenses and have to back off, but we can also get some really great images that isolate different parts of the animal’s anatomy 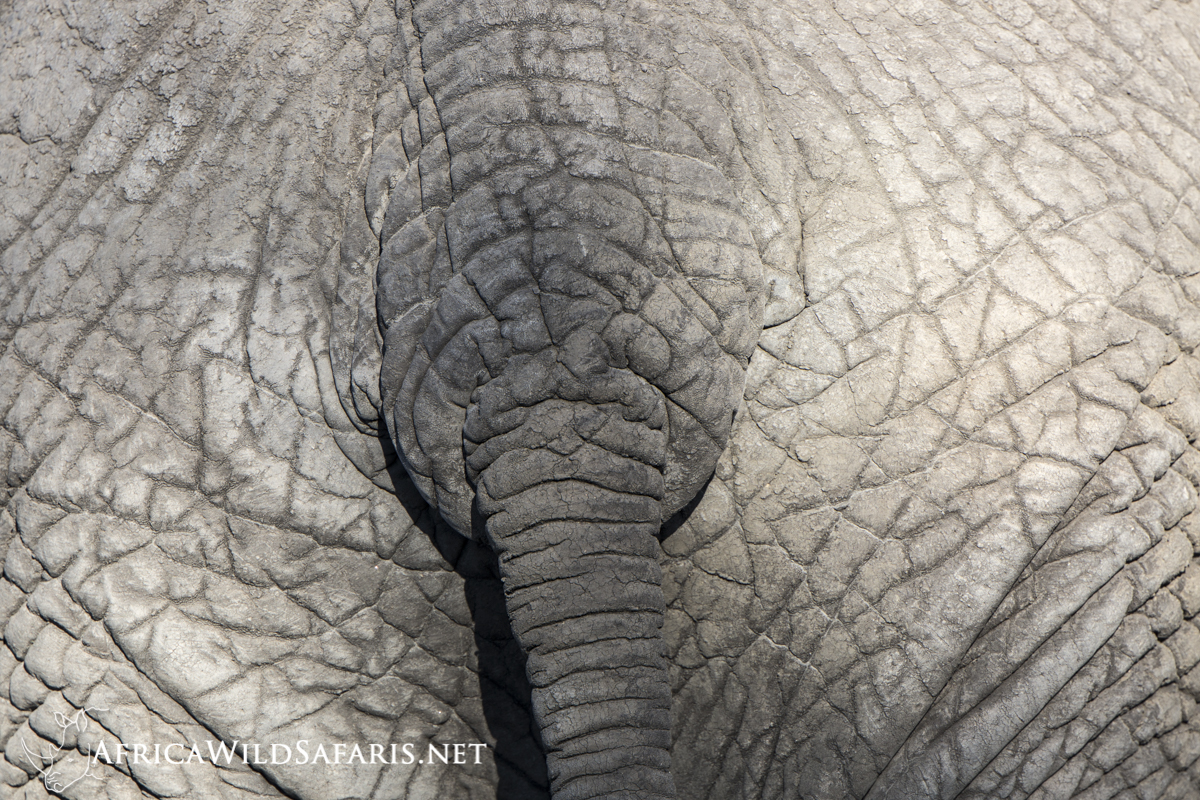 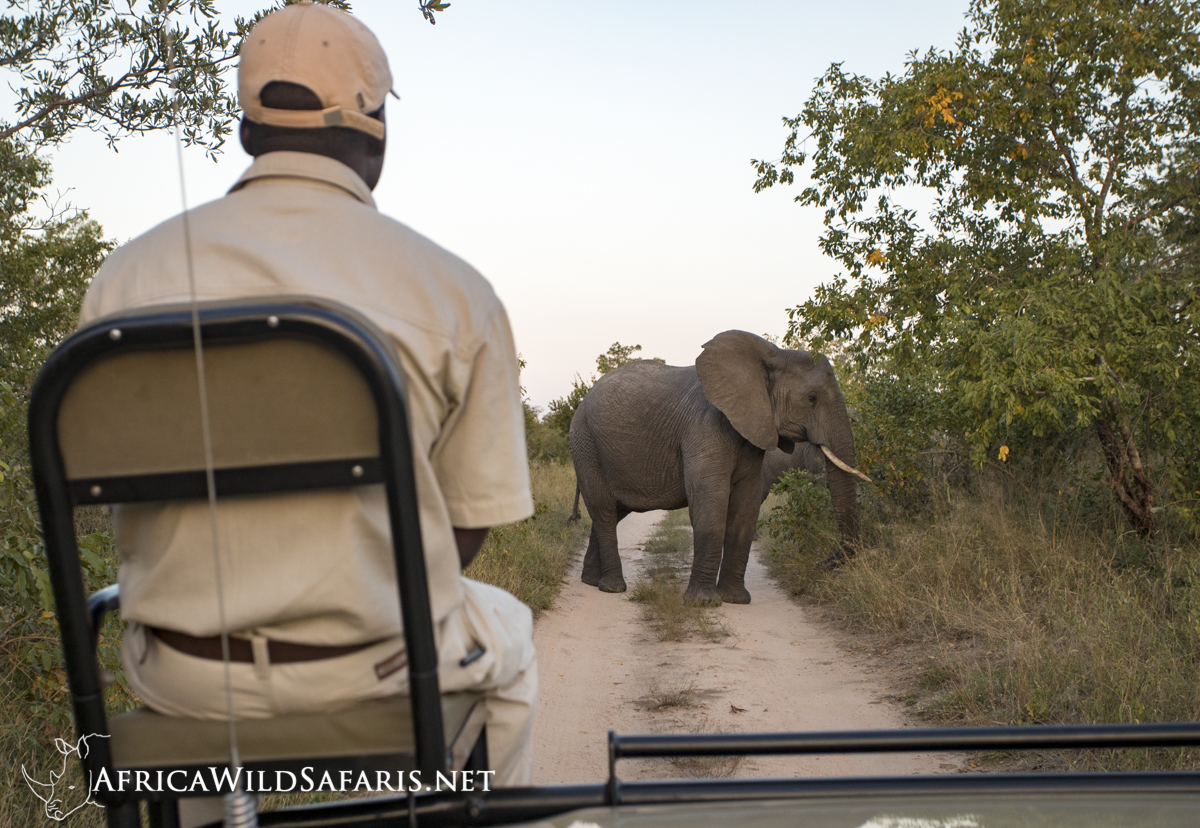 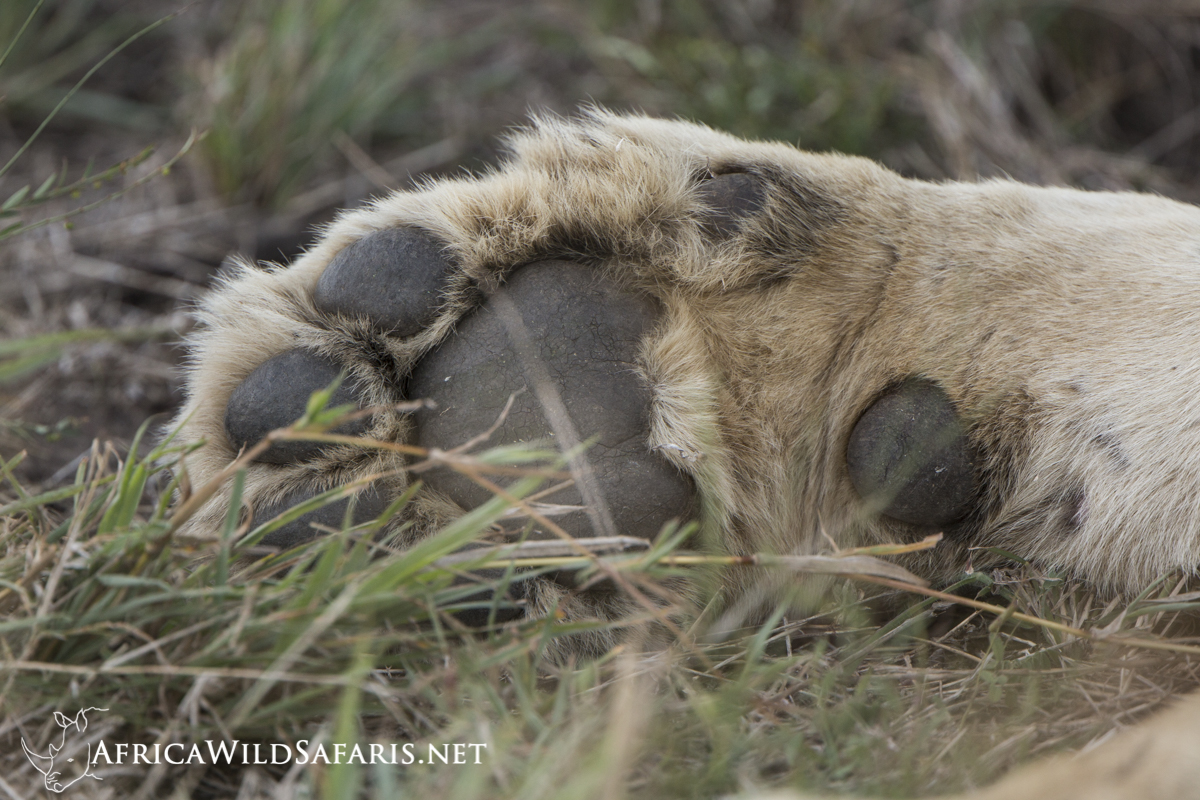 We highlight the relationships and interactions between species.  When we see buffalo we will also see oxpeckers cleaning parasites off of the buffalo. 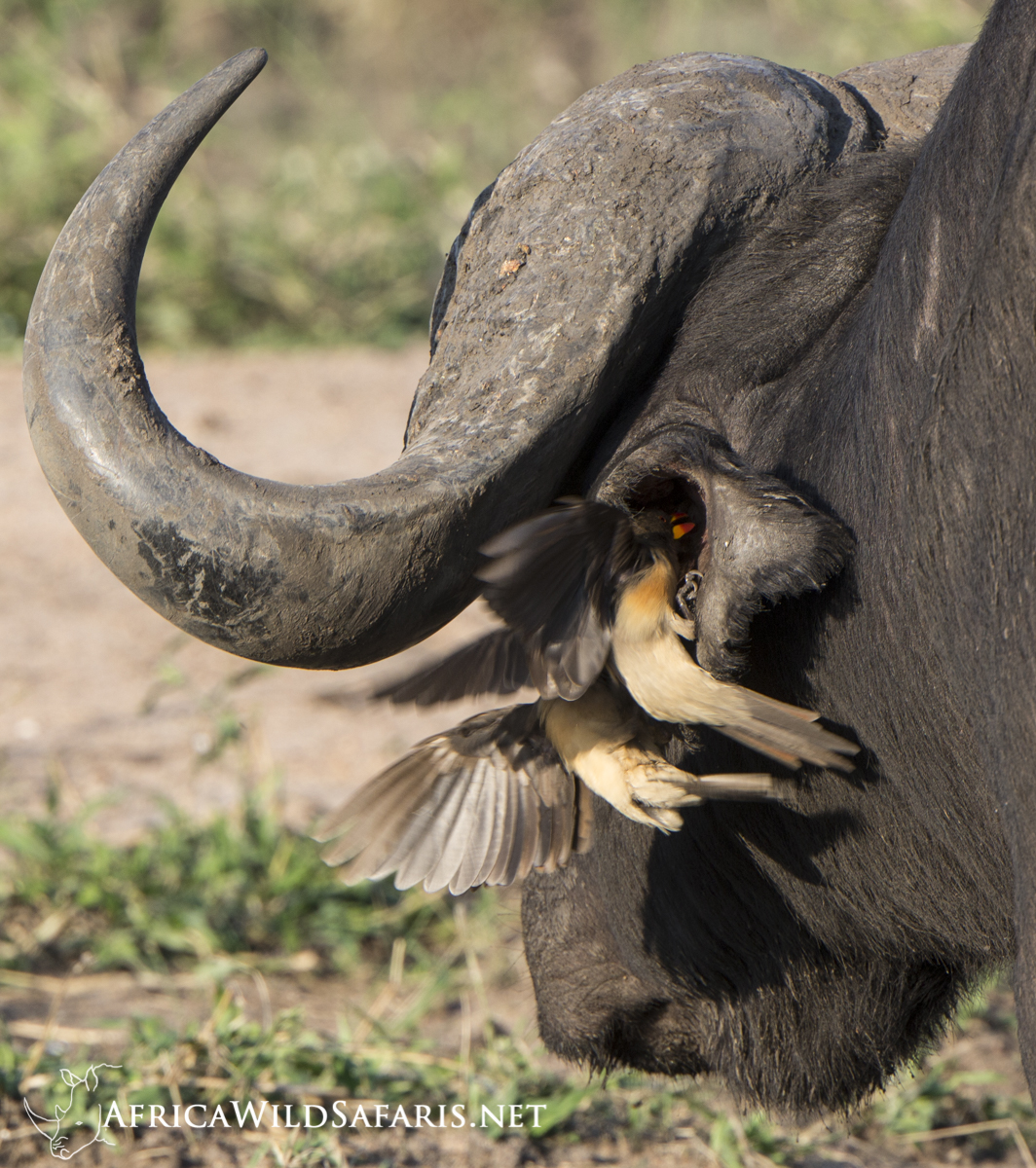 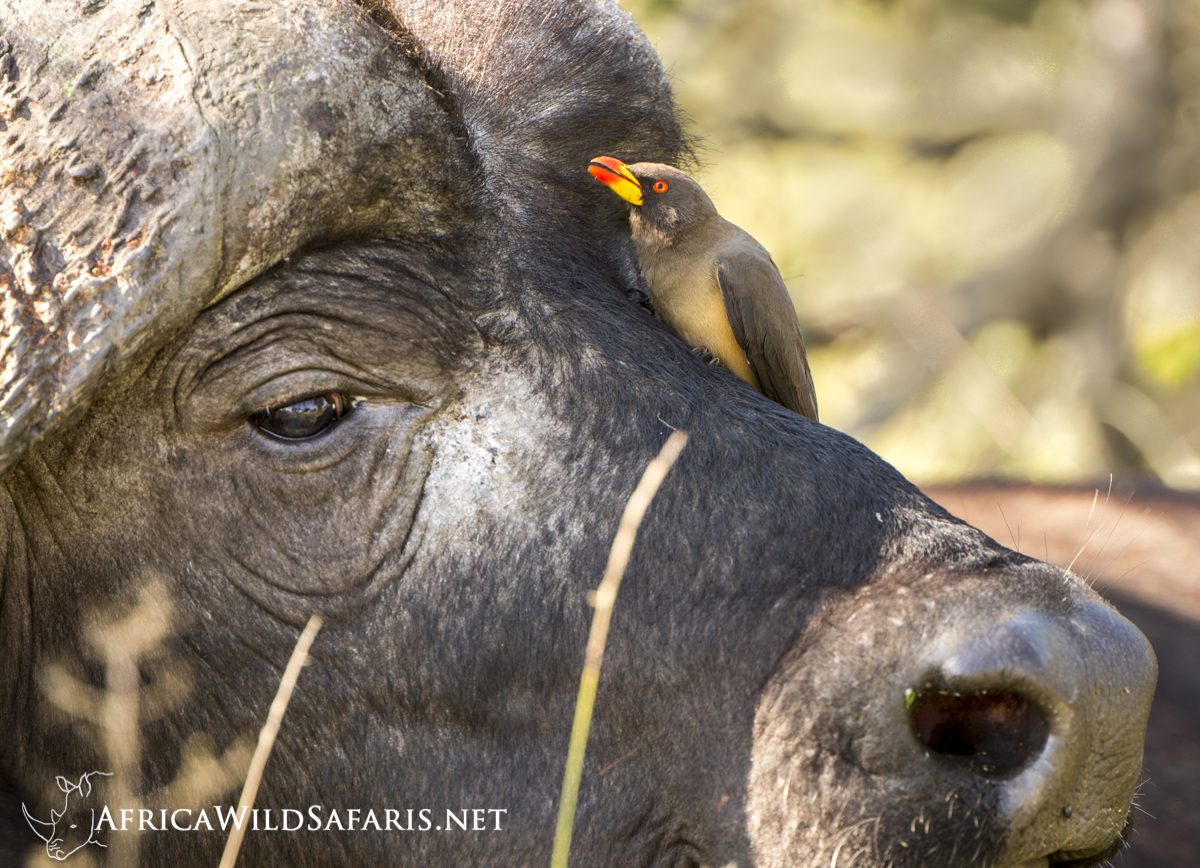 We were thrilled to witness an unusual coalition of 5 adult male lions who live, defend territory, and share female pride members.  It was a bit intimidating to be so close to these large and intimidating beasts.

We were lucky enough to encounter several prides of lions with cubs.  Most had cubs in a range of ages.  We enjoyed watching and photographing the cubs playing and interacting with their parents.  There were some great moments of a mother’s care and love for her cubs. 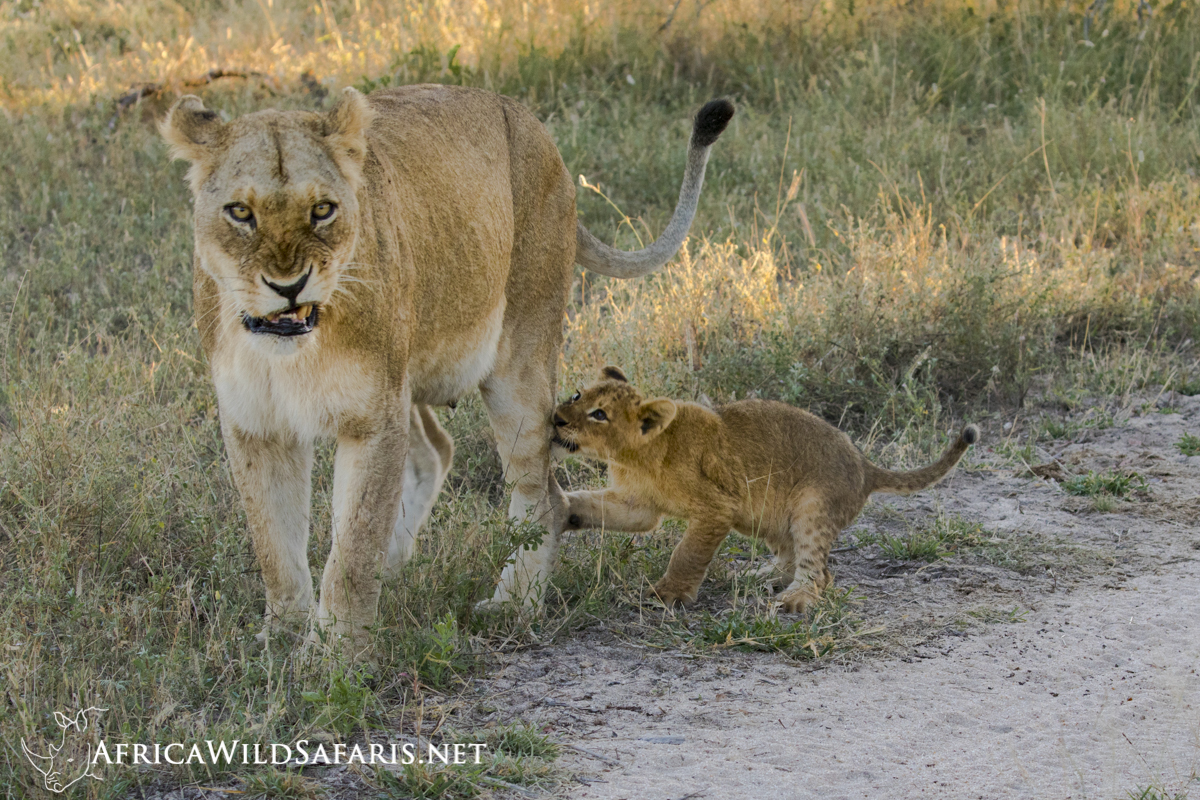 Young giraffes stayed close to their mothers and baby elephants were kept safely in among the herd by the older females. 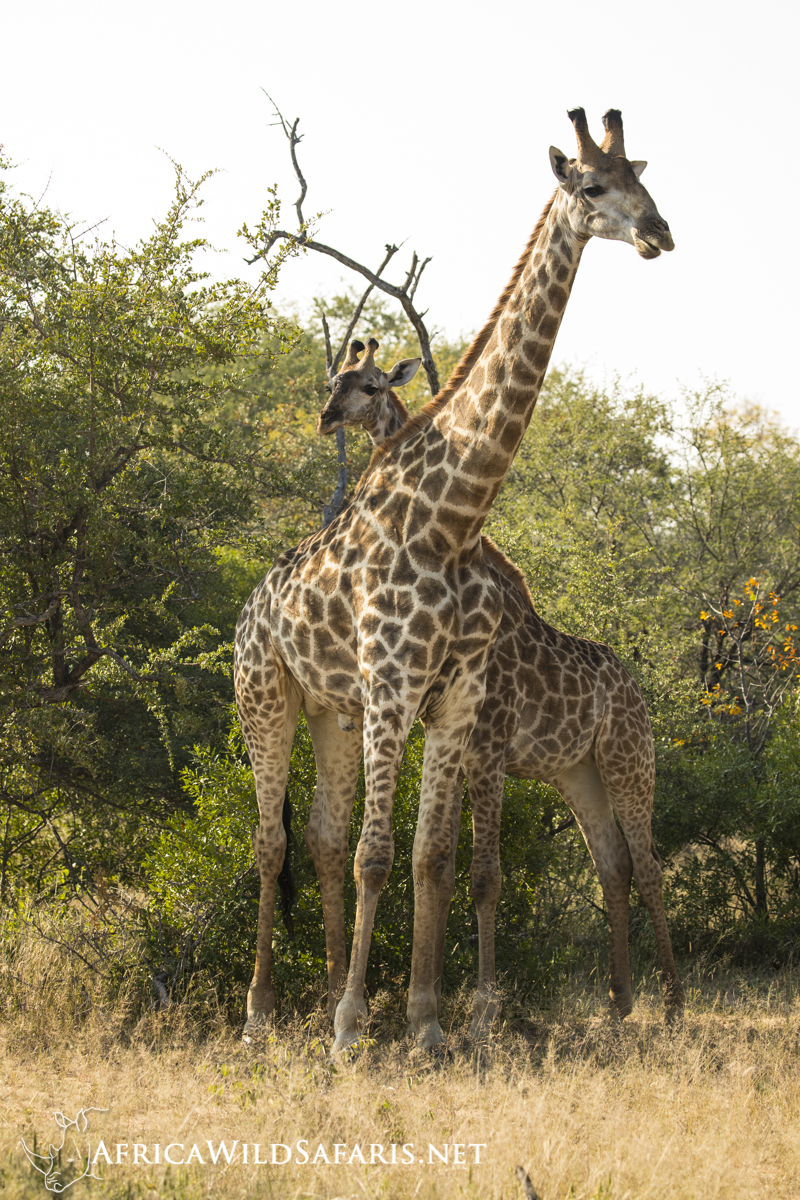 Birds are very prevalent now that the weather has returned to normal and provided abundant food for them.  We always see the spectacular lilac breasted roller. It lights on branches near the dirt roads so we can get images of this colorful bird with shorter lenses. 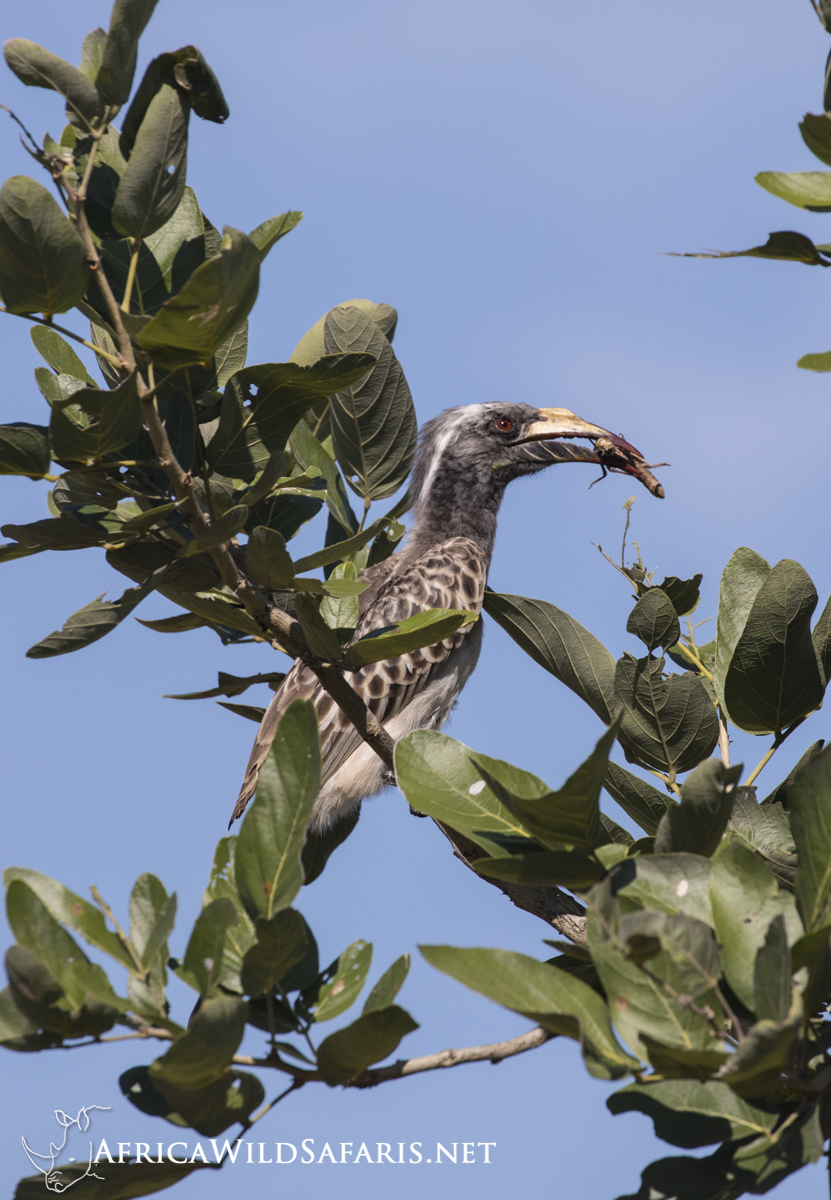 Hornbills are charismatic to photograph and we found the less common red billed hornbill and the even more rare grey hornbill.

We get great close up portraits of animals, but it is the wide shots that can translate the beauty and mood of South Africa: the sunsetting behind a giraffe as she eats and wildebeest feeding in the early morning fog.

Beauty is also in the small details like dew on a spiderweb.

It was a fantastically successful two safari groups with every guest returning with  good images of a huge variety of species: more high quality sightings than they expected .  I want to thank all of the guests who made these trips so much fun with good conversation, nights on the deck watching nocturnal animals, great questions, and most of all  continuing friendships and forming new friendships.  I sincerely hope they can all return again in the future.

Read More on My Blog